In a year, how many times have Facebook and Google tried to track me while I was browsing the web? (Note: I’m not even subscribed to Facebook, I barely go to facebook.com). 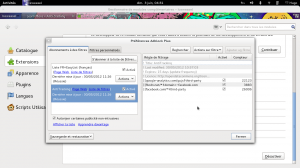 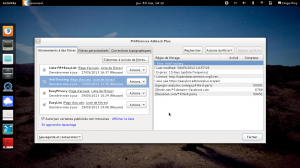 PS: You too can block these with the adblock filters from antitracking.net. However, the domain is going to expire. If there are enough flattrs, I will renew the domain. If you are interested in the domain, please contact me ASAP.

If you’re looking for something more advanced: Try Disconnect.me extensions.

If you’re interested in raising awareness about rights online and stopping the biggest lie on the web (“Yes, I have read and agree to the Terms”) join us at ToS;DR!

Take one of the xml for DuckDuckGo in the OpenSearch standard, here’s mine:

and save as /usr/share/gnome-shell/search_providers/duckduckgo.xml for instance on Debian Wheezy. Now, refresh Gnome Shell (by doing alt+f2, ‘r’) and whenever you search for someting in the Shell’s Activity overview, you have the possibility to search the Web with DuckDuckGo.

Twitter’s Response to WikiLeaks Subpoena Should Be the Industry Standard

The court order came with a gag order that prevented Twitter from telling anyone, especially the target of the order, about the order’s existence.

To Twitter’s credit, the company didn’t just open up its database, find the information the feds were seeking (such as the IP and e-mail addresses used by the targets) and quietly continue on with building new features. Instead the company successfully challenged the gag order in court, and then told the targets that their data was being requested, giving them time to try and quash the order themselves.

Twitter and other companies, notably Google, have a policy of notifying a user before responding to a subpoena, or a similar request for records. That gives the user a fair chance to go to court and try and quash the subpoena. That’s a great policy. But it has one fatal flaw. If the records request comes with a gag order, the company can’t notify anyone. And it’s quite routine for law enforcement to staple a gag order to a records request.

That’s what makes Twitter’s move so important. It briefly carried the torch for its users during that crucial period when, because of the gag order, its users couldn’t carry it themselves. The company’s action in asking for the gag order to be overturned sets a new precedent that we can only hope that other companies begin to follow.

On the Internet, when the software we use (even Free Software like identi.ca), we rely on multiple services providers. Free Software and Open Standards can help shaping a digital space in which centralization is the exception. Our current DNS-system for instance, is a centralized design right now (even though it’s intelligent design technically to prevent bad things from happening without others noticing).

However, Free Software isn’t the only parameter we have to take into account to preserve our freedoms. I think that in cyberspace, the legal way done right looks like what Free Software and open standards achieve: less centralization or power on the intermediary or the provider, more on the end user. Fortunately, this leads to more freedom for the netizens, but also to more responsibility.

If Twitter fails on this part, fortunately, it hasn’t on the legal side. (Contrary to Paypal, Amazon, etc.)

But is it enough? What do you think?