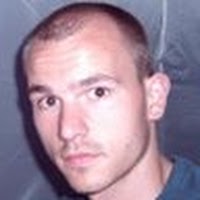 Guido Arnold is Deputy Coordinator of FSFE’s Education Team, as well as a member of the German team, and a translator of fsfe.org and gnu.org.

Chris Woolfrey: What has FSFE’s education team been up to lately?

Guido Arnold: The main task throughout the last few months has been the development of the team’s mission statement. The Education Team was dormant for quite a while, and even after its reactivation, it didn’t get momentum right away. I thought that one reason for this might be that nobody really knows what we are supposed to do. The mission statement shall fix that.

We also discussed possible future tasks for the Education Team, and before we started with the mission statement we were working on leaflets explaining the benefits of Free Software in education. I spent a lot of time collecting news on this subject, and put them together in blog posts.

The thing with Free Software in education is that there are already many, many groups throughout Europe working in this field. Many of them are inactive however, because there are only a few people who are active and the rest stay silent. It would be great to get all those people who are active to work together, and that’s part of our aim.

I spent some time introducing new members to the Education Team. And we’ve had to deal with issues internally: we were asked if we knew of any “free” material for teaching kids the concepts of Free Software; at first I thought this would be easy, but I was mistaken. So, I spent some time researching and asking around.

I met with another Education Team member from France who studies marketing and sales, and we discussed how we could find out about our “target groups”. We had two Fellowship jabber meetings to get input from other FSFE Fellows. We are in contact with the education people from gnu.org and OFSET, and contributed to the UK Team’s letter to The Guardian relating to the newspaper’s educational resources. We also organised ‘Freedroidz’ workshops in Bonn and Berlin where we taught young people about the four freedoms of Free Software by programming Lego robots.

Besides working on our mission statement, we’ve tried to strengthen our network in the Free Software education community.

CW: In your reaching out to other organisations, who has been the most receptive?

GA: Well, that’s hard to tell. When I contacted groups and individuals it was usually about a specific question or project, and I mentioned the Education Team alongside. A few people got interested and asked how they could help, and some groups contacted us directly. We were actually the ones being receptive, so to speak. Mostly though, we’re talking about other organisations that are promoting Free Software in education, like OFSET, gnu.org, and FSuB e.V.

We have also been contacted by political parties; or to be more precise, FSFE got contacted in regards to some educational questions and we were able to deal with them.

CW: What are the political parties who’ve contacted you interested in?

GA: They’re interested in our view on how things should go in education, what should change, and more. They’re looking to us to tell them what a political party can do to make that change happen, and what they should demand to make us happy.

CW: Do you think these parties can deliver what’s needed to improve the use and understanding of Free Software amongst young people?

GA: I don’t know. But I am quite confident that in Baden Wurttemberg (one of the German federal states) some things can change for the better. The Green Party has been mentioning Free Software in their program for a while, but was always the smaller coalition partner. Now, for the first time, they actually lead a federal state, and as such they have much more say over decisions affecting education. Fortunately their coalition partner is not against Free Software either. We’re keeping a close eye on developments here.

We’ve had to deliver our responses to political groups quickly in order to make our voice heard before elections, and express rather generic demands, which was better than expressing no demands in time. But to articulate political demands more specifically is still on our to-do list.

The thing is, once you start thinking about it, a task like this isn’t as easy as it may seem. It’s easy to demand “stop product oriented education in ICT”, or “teach children computer skills, not software brands”. But suggesting how this should actually be done, in a particular German federal state which has its own rules and regulations for example, is actually quite complex. You need to know a great deal about these rules and regulations in order to make a qualified suggestion to politicians.

I once saw a website offering training for teachers. This was in a state where teachers have to collect a certain amount of “training points” per year. And on this website they offered a course called “SQL databases in Windows (5 points)” alongside a course called “SQL databases in Linux (0 points)”. The motivation to pick the GNU/Linux course will drop in every Free Software friendly teacher if she sees that she’ll be penalised in ways such as this for doing so.

It’s often said that the educational institutions can pick whatever software they like, but if you have a closer look, you often find out that there are obstacles preventing them form choosing Free Software. For example, in North Rhine-Westphalia, Germany, every school is able to use Free Software if they like, but the software to submit statistical data to the state is mandated; with that they have no choice. Unfortunately this software is proprietary and runs on Microsoft Windows only.

I heard that some very ambitious teachers got it to work with WINE. But still, it’s a hindrance. And the development of that proprietary statistics software was paid for with taxes. I asked them why they don’t release it under a Free Software license, and they said that they can’t.

If you want people to act upon something, you need something to pinpoint the problem. I’m grateful for for every email we receive which points us to good examples which we can use to illustrate to politicians that there is something wrong with the way Free Software is currently used in education.

CW: In your experience, is there a relationship between political orientation and support for Free Software? Are certain types of political parties more likely than others to push for more Free Software in schools?

GA: There are parties who are more Free-Software-friendly than others, but generally I think there’s scope for anybody who favours freedom to support Free Software at a political level. I don’t see why particular parties should oppose Free Software, except perhaps because their political enemy is supporting it. I just think the argumentation can be different depending on which party you talk with. Example arguments being that support and development of Free Software solutions can strengthen the local economy, or that lower hardware requirements are better for the environment. Both these arguments are popular. I don’t like this partisan approach that much, because the most important point for me is that the children learn about Free Software. But I guess, you’ll have to start with arguments like these which are strong appeal to particular groups in order to get ‘a foot in the door’ and initiate further negotiations.

Politicians aren’t any different than your neighbour in this respect. They just don’t know about Free Software either.

CW: It sounds like you’re putting a lot of your time into working with the Education Team; how do you find the time to balance working life and doing all this voluntarily?

GA: Finding the time for it is not that hard! The difficult part is to decide what you drop instead. When my interest in Free Software started to grow, I cut the amount of TV I watched. As I learned more about it and realized how important the mere existence of Free Software is, I cut down on other things, too. Imagine how proprietary software corporations would be acting today if Free Software didn’t exist! The positive impact that Free Software has on the world is worth making time for.

If you compare the amount of time with a random couch potato, or people who play video games all night, you’ll see that I don’t actually spend that much time on these things. My estimate is about seven to ten hours per week. What helps is to track your time. It makes you more aware of the “preciousness” of the time. On bad days, I might spend 4 hours doing “FSFE stuff”, but have to admit at the end of the day, that I didn’t achieve very much. Tracking time together with the result helps me to make a better use of it.

And I’m lucky to have a very tolerant wife who allows me to spend all that time!