Leena Simon is studying philosophy at Potsdam University and is currently completing a dissertation on problems with the concept of “intellectual property”. She also works with FoeBuD, and was involved in the organisation of this year’s “Freedom Not Fear” demonstrations which took place throughout Europe. We sat down to discuss the dangers of state surveillance, the importance of the politicisation of software, and how organisations like FoeBud and The Pirate Party, as well as the Free Software movement, must be careful not to succumb to dogmatism. For more, check out leena.de. 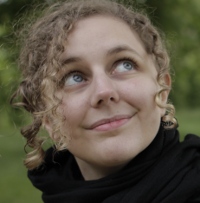 Chris Woolfrey: For those who might not know it so well, tell me a little about Freedom Not Fear.

Leena Simon: Freedom not Fear is an international alliance of people who fight for civil rights in the digital cross-linked world. Not every technology is good for the people and we want the good things, like better communication and maybe a more democratic world, without the bad things like surveillance and manipulation of the masses. That’s what we go on the streets for: freedom needs risk and it can not be achieved in a totally secure society. But governments use fear – for example the fear about terrorism – to cut civil rights, and this is something really dangerous for all citizens and for democracy itself. We state, that freedom is more important than security. History taught us, especially in Germany, more than once, that it is never good if information or it’s broadcasting is confined to just one group.

The beauty of the World Wide Web is that it, theoretically, connects everyone with everyone. This could destroy some very basic structures that make society nowadays work. I myself think this is a good thing. But a lot of people are scared and want to confine the new technology to those abilities the old ones have, or use these possibilities to help those in power to become even more powerful. And of course they want to use these possibilities.

CW: And people have long been told that those in power are increasing power and control in ‘the public interest’, are using fear to control and to protect their own interests; have you found that people agreed with the alliance? Plenty of people who see European ‘collective security’ as a success would not see The Stockholm Program (European wide standardized state run collection of information) as a bad thing.

LS: Of course, on the demonstration we find those who agree with that. But the problem is more to convince those who do not really take an interest in these topics that their civil rights are at stake too. Surveillance is most efficient if you do not notice it, so the more dangerous surveillance gets the more difficult it gets to get people to stand up against it. As they see it, there isn’t really an obvious threat.

CW: And I guess the problem, ultimately, is that many people don’t see ‘information’ as a political concept?

LS: Right. Everyone keeps talking about us entering the information age, but a lot of people do not really seem to know how far this goes.

CW: And that’s something you’re trying to show people with The Pirate Party?

LS: Well, The Pirate Party has a similar direction of impact but not the same. For instance data retention is not one of their main topics. The pirates want to make sure that the importance of the Internet, finally, is talked about in politics. Obviously a lot of politicians have not yet understood how important the web is and how far-reaching the consequences of their decisions are on that topic.

CW: Absolutely: one is about data, the other about a political use of the Internet. But I’m reminded of Lessig’s statement about computers becoming an increasingly important part of our lives, and that the code behind them – who controls it and who can use it – is becoming more important too. Do you think that Freedom Not Fear and the Pirate Party are fighting the same battle?

“Surveillance is most efficient if you don’t notice it”

LS: I think there is a huge intersection, like with the Free Software movement: the main goal and the way of achieving it is a little different. But in the end, it seems like the same battle.

CW: Do you think that FSFE and the Free Software movement are in some ways the bridge between groups like Freedom Not Fear and The Pirate Party?

LS: I would not say that. I am fighting within The Pirate Party, as well as in the Freedom not Fear movement, for Free Software. In both movements a lot of people haven’t understood yet how important Free Software is: FS does not really connect the one with the other. They are connected in different ways and I can also understand their critique about Free Software.

CW: Would you say it’s a failure of the Free Software movement that people don’t necessarily see the connection between FS and those movements, then?

LS: I wouldn’t call it a failure. It is something we could work on. But it also shows that there are people who are narrow-minded in every movement, and we should be careful that we do not get too arrogant about the things we think we understand better than others have. These movements can work together but they can also criticise each other and have insights the others may not have. I see them as different players of one team. They have the same goal but slightly different positions. A political party can work with mechanisms that a non-government organisation can’t. And our movement needs all the players. The FS movement is one of the players. Everyone has different tactics, and sometimes it is really good if one of the players can correct the other player. If he becomes selfish, for instance, if her movements help her alone, but not the team. Even the FS movement sometimes gets too dogmatic about Free Software and forgets that there are other important topics as well. Just like many pirates use proprietary software.

CW: Dogma is something you seem very careful to avoid.

LS: I know the problem from my own experience. One of the most dangerous things is if you think you understood something but you really didn’t. But how should you find out? I stand in-between the different players and I try to keep my head clear. Try to intercede. And therefore I try to keep an open mind. We are doing great things and we understand important things. But we are not without mistakes. And the biggest mistake would be not being aware of this.

CW: People could end up not liking you for that. Nobody likes to hear they’re dogmatic! But it’s an important role to play, isn’t it, as a movement like this gets closer to ‘the people’?

LS: Yes it is a risk. But I try also to communicate, that it is a very natural thing, that you see the world through your eyes only. There is nothing bad about this. It only becomes a problem if you start to forget that you have a point of view and that the world would look quite differently from another perspective.

CW: Which is why, even though people might disagree, an organisation like The Pirate Party using proprietary software is OK as long as it spreads the message.

LS: The FS-movement is very right to criticise the pirates for not using Free Software (and for not supporting it more), and hopefully keeps in mind that it also has faults to be criticised. But of course we should not hate or fight each other because of such things.

CW: I guess it’s just as important to fight a monopoly of ideas within a popular movement as it is within a goverment, which Freedom Not Fear and FoeBuD are trying to do. At the end of the day, it’s an open conversation about the best approach that gets the job done!

“Some guys seem to think that women are treated equally if they treat them like they treat any other guy. But this is not equality”

LS: Exactly. But this is not everything. How we get the job done is very important as well. And that’s where the FS idea kicks in.

CW: Like the engine in a car, the bit nobody sees?

LS: I don’t know if it is the right metaphor. In my opinion the special thing about the Free Software movement is that they understand the issue as something political and philosophical; it is important to understand that software works in the background and has a lot of power without people noticing it but it is one step further to understand how important that is for freedom and democracy. It influences society and all our lives.

CW: For you, are these things a part of a wider liberation movement?

LS: It may be the last chance for the liberation movement. But only if people realize it and use it. And as long as it stays a “nerd topic” in the heads of the people, it is not really a part of it.

CW: You mean that, despite the political ramifications, ‘computers’ are still seen as a nerd’s play toy? Do you think that, by extension, women aren’t part of that group?

LS: There is the stereotype about computers being toys especially for boys. These movements need women and their skills. But more importantly women need this movement. We’ve talked about how software and computer influence our lives. And it would be very dangerous for equality if women lost this opportunity to participate.

CW: That isn’t an easy process by any means.

LS: If a woman overcomes those stereotypes and wants to take part in this world, she has to face many difficulties. She has to be OK with being one of very few women in the group. She has to be OK with being hit on all the time. And she has to cope with sexist jokes or with the phenomenon that her needs are not as important as others, sometimes even not taken seriously. Some guys seem to think that women are treated equally if they treat them like they treat any other guy. But this is not equality. This is making women act like men and it disregards their needs. I know many men in the movement who think of themselves as treating women equally, but really don’t. How should you know that your behaviour is making others uncomfortable if you never experienced it yourself and no one tells you? Homogeneous groups don’t have a high sensitivity for the needs of the minority. This is totally normal. But what I am trying to say is that a group of many guys can only oversee things that are important for women, and this is why women have to be present and tell them. But for this, also the guys have to listen to the women. And it has to happen without the fear of “yet another gender debate”. Talking about gender is a very personal topic. Therefore it tends to get dirty very easily. A lot of people are sick of these discussions and I can’t blame them.

CW: You believe that it’s important not to let the “gender issue” divide things?

LS: Yes. A lack of equality is also bad for the guys. Guys are also trapped in stereotypes that don’t ask how a person wants to live. We need to work together as best we can without stereotype or subtle manipulation because this gets us nowhere.

CW: As you said, the team needs lots of players and also lots of different kinds of players.

LS: Totally right. Because these differences are our strength.