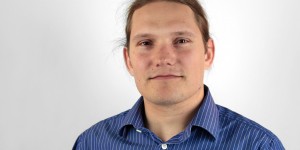 Neil McGovern is a Fellow of the FSFE from the United Kingdom and was recently elected as Debian Project Leader, starting his term of office in April. He has previously participated in local government and has served on the board of the Open Rights Group: a digital rights organisation operating in the UK.

Paul Boddie: Congratulations on your recent election as Debian Project Leader (DPL)! Looking at your election platform, you have been engaged in a number of different activities for quite some time. How do you manage to have time for everything you want to do? Is your employer supportive of your new role or does your free time bear most of the burden?

Neil McGovern: I’d say it’s a mix of both. My employer, Collabora is hugely supportive of the role, Debian and Free Software in general. However, being DPL isn’t just a 9 to 5 job – the timezones that all our contributors work in mean that there’s always work to be done.

Paul Boddie: You appear to be fortunate enough to work for an employer that promotes Free Software solutions. For many people interested in Free Software who have to squeeze that interest in around their job, that sounds like the perfect opportunity to combine your own interests with your professional objectives. But what started you off in the direction of Free Software and your current position? And, once on the path, did you deliberately seek out Free Software opportunities, or was it just a happy accident that you ended up where you are today?

Neil McGovern: My first exposure to free software was from a friend at secondary school who started selling CDs of Linux distributions. He initially introduced me to the concept. Before that, I’d mostly used Mac OS, in the olden days before OS X came along. When I went to university to study computer science, I joined University of Sheffield IT Committee. At the time, there wasn’t any facilities offered for students to host web pages. This was originally running Mandrake. In my second year, I moved in with a housemate, who was a Debian Developer, and I started packaging a client for LiveJournal called Drivel.

Paul Boddie: Your DPL platform states that you intend to “support and enable” the volunteers that get the work of Debian done. One of the challenges of volunteer-run organisations is that of keeping people happy and productive, knowing that they can walk away at any time. What lessons from your history of involvement with Debian and in other areas can you share with us about keeping volunteers happy, productive and, crucially, on board?

Neil McGovern: I think the key issue is about communications. You need to make sure that you actively listen to people, and understand their view point. Given the globally distributed nature of Debian, it’s easy for people to have disagreements – remembering that another human is at the other end of an email address isn’t the easiest thing in the world. Face to face meetings and conferences are essential for countering this – every year when I go to DebConf, I come back reinvigorated to continue working on Debian. 🙂

Paul Boddie: Especially in recent years, there has been a lot of discussion about Free Software solutions and platforms losing out to proprietary rivals, with special attention given to things like smartphones, “app” marketplaces, and so on. That some of these proprietary offerings build on Free Software makes the situation perhaps even more unpalatable. How do you see Free Software in general, and Debian in particular, having more of a visible role to play in delivering these solutions and services all the way to the end-user and perhaps getting more of the credit?

Neil McGovern: The key issue is trust – when Debian distributes a package, you know that it’s met various quality and stability standards. There’s a risk in moving to an entire container based model that people will simply download random applications from the internet. If a security problem is found in a shared library in Debian, we can fix it once. If that library is embedded in hundreds of different ‘apps’, then they’ll all need fixing independently. This would certainly be a challenge to overcome. Mind you, in our latest release we had over 45,000 binary packages, so I don’t think that there’s a lack of choice of software in Debian!

Paul Boddie: I see you were involved in local government for a while. Would you say that interacting with the Free Software and Debian communities led you to explore a broader political role, or did your political beliefs lead you instead to Debian and Free Software?

Neil McGovern: Well, secretly, the real reason I got involved in politics was that I had had quite a few beers in a local pub with some friends for a 30th birthday, and one of them asked if I wanted to get involved. The next day I woke up with a hangover, and a knocking on the door with said friend holding a bundle of leaflets for me to deliver. 🙂 I don’t think it’s really that one led to another, but more that it stems from my desire to try and help people; be it through representing constituents, or helping create software that everyone can use for free.

Paul Boddie: One of the articles on your blog deals with an awkward situation in local government where you felt you had to support the renewal of proprietary software licences, specifically Microsoft Office. Given your interests in Free Software and open standards, this must have been a bittersweet moment, knowing that the local bureaucracy had fallen into the trap of macros and customisations that make migration to open standards and interoperable products very challenging. Was this a case of knowing which battles are the ones that are worth fighting? And how do you see organisations escaping from these vicious cycles of vendor lock-in? Do you perceive an appetite in public institutions for embracing interoperability and choice or do people just accept the “treadmill” of upgrades as inevitable, perhaps as not even perceiving it as a problem at all?

Neil McGovern: It wasn’t the most pleasant decision I’ve had to make, but it was a case of weighing up what was available and what wasn’t. Since then, ODF-supporting programs have improved greatly, and there’s even commercial support for these. (Disclosure: my company is one of these now.) Additionally, the UK Government announced that it would use ODF as the standard for distributing documents, which is a big win, so I think there is a change that’s happening – Free Software is something that is now being recognised as a real force compared to 5 years ago.

Paul Boddie: A lot of attention has been focused on the next generation of software developers, particularly in the UK education sector, with initiatives like the Raspberry Pi and BBC “Micro Bit” as well as a mainstream awareness of “apps” and “app” development. Do you think there might be a risk of people becoming tempted by arenas of activity where the lessons of Free Software are not being taught or learned, where the vendor’s products are the focus, and where people no longer experience or understand a sustainable and independent community like Debian? Is computing at risk of being dragged back to an updated version of the classic 1980s consumer-producer relationship? Or worse: a rehashed version of something like the “walled garden” networked computing visions of Apple and Microsoft from the early 1990s where the vendor even sets the terms of participation and interaction?

Neil McGovern: There’s certainly a renewed focus on computing education in the UK, but that’s mostly because it’s been so poor for the past 15 or so years! We’ve been teaching students how to use a spreadsheet, or a word processor in the guise of ICT, but no efforts have gone in to actual computing. Thankfully, this is actually changing. I do have the inner suspicions that the focus on “apps” is a civil servant somewhere thinking “Kids like apps, right? And they can sell them and everything, so that’s good. Apps! Teach them to make apps!”

Paul Boddie: Finally, noticing your connections with Cambridge, and having an appreciation myself for the role of the Cambridge area and its university in founding technology companies directly or indirectly, I cannot help but ask about the local attitudes to things like Free Software, open standards, and notions of openness in general. Once upon a time, there seemed to be a degree of remorse that the rather proprietary microcomputing-era companies had failed to dominate in the marketplace, and this led to companies like ARM that have done quite well licensing their technologies, albeit in a restrictive way. Do you sense that the Cambridge technology scene has been (or become) more accepting of notions of openness and freedoms around software and technology? Or are there still prominent local opinions about the need to make money by routing around such freedoms? How do you view your involvement in Debian and the Open Rights Group as a way of bringing about changes in attitudes and in wider society towards such issues?

Neil McGovern: Nothing really opened my eyes to the importance of Debian until I turned up to my running group, and got approximately 6 people offer to buy me a pint as they heard I’d been elected DPL. I’m not sure that would have happened in many other cities. I do think that it is a reflection on the main-streaming of Free Software within large companies. We’re now seeing that not only is Free Software being accepted, but experience with it is seen as an advantage. This is perhaps best highlighted by Microsoft throwing a birthday party for the release of Debian 8, a sight I never thought I’d see.

Paul Boddie is a Free Software developer currently residing in Norway, cultivating interests in open hardware, photography and retrocomputing. He joined the FSFE in 2008 and occasionally publishes his own opinions on his blog.