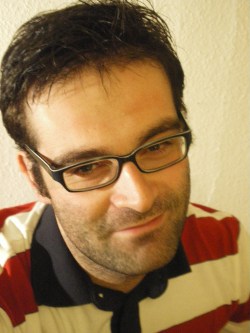 Giacomo Poderi has worked as a translator and editor for FSFE, as well as completing a master’s degree in Philosophy. Currently he’s working on a Ph.D in sociology, which looks at the user experience in Free Software Projects, focusing on the turn-based strategy game ‘The Battle for Wesnoth’.

CW: Can you explain your doctoral thesis, and what impact it might have on the world of Free Software?

Basically, users-as-developers are well studied and understood in Free Software; but users-as-users, or even users-as-marginal-participants, are barely studied. But if you think about it, many projects – for example KDE, Ubuntu, Fedora, and Libreoffice – put perhaps more effort into ‘community building’ than they do into coding. Outreach, support, funding, infrastructure, maintenance, and so on.

Are these areas less important than fixing the bugs for the next release? I don’t think so. But even so, the activity of coding is studied whilst other activities in the Free Software world are studied much less.

CW: Do you think that Free Software communities are unwelcoming to people who can’t code?

GP: Sometimes, yes. Most likely it is not done ‘consciously’ or with malicious intent. But at least in the case I’m studying, the rhetoric of “If you don’t like how we do it, you can take the code and fork it” is too prevalent in people’s minds – at least in the mind of the insiders.

I understand that human resources alone are never enough, and that’s probably particularly so in Free Software projects. But sometimes I see the rhetoric of “You’re free to take the code” as a way to close dialogue with users.

CW: You mean that you can only take the code, as a user, if you know what to do with it?

GP: No; I mean that sometimes Free Software developers let themselves be carried away with the possibility to use that argument to reject feature requests, for instance. Users who cannot code cannot code, by definition; but the fact that they cannot code doesn’t make them wrong by default, and their needs are important.

“Users who cannot code cannot code, by definition; but the fact that they cannot code doesn’t make them wrong by default, and their needs are important.”

Just a stupid example: a proprietary application, doesn’t allow you to study or adapt the code, but typically the developers provide customer service staff that you can shout at if you need or want to. A Free Software project lets you study and adapt the code, but the alternative to the customer service is a Web forum for user support. And there, sometimes users are treated with the argument I was referring to before. In the case I’m studying I labeled this phenomenon as the “Open Source Argument”; and I don’t want to imply that its used in an unfriendly way, or that it’s being rude towards the users. But to me it is evident that it is often used in cases where more technical answers or explanations could be provided.

CW: So the Free Software community is less inclusive, and its development less democratic, than it typically seems?

GP: Yes. The internal dynamics of these projects in no way resembles democracy. In my case, developers also explicitly acknowledge it. It’s a fact that is largely accepted by everyone in the project I’m studying.

But it’s also an understandable attitude, and it basically has to do with resources. The little resources which are available are deployed for the development and maintenance of what they already have. Few resources are left for bridging user’s needs with developer’s interest.

It also a has to do with the technical complexity of software development, I think. The more the project grows and matures in its ‘trajectory’, the more difficult it is to introduce certain kind of changes. Developers know what, reasonably, can be changed – with the available resources – and they know how to do that whilst preserving the compatibility and functionality of the software.

I don’t think that’s specifically an issue in Free software. But end-users don’t understand this side of things.

CW: Is FSFE an example of a good bridge between users and developers, in that regard?

GP: Yes, definitely. The awareness work that FSFE is doing with government bodies is extremely relevant. Also the whole idea of local groups brought forward within the fellowship is another one. To establish a network of local groups which have an awareness of these matters, but also the passion to support the idea of software freedom, is an excellent way for disseminating it.

“The awareness work that FSFE is doing with government bodies is extremely relevant.”

But also, on FSFE’s side, to understand which issues are the most difficult to diffuse in society, and which ones are more easily digested by people who are not necessarily computer experts. That’s important.

FSFE is great for those who don’t code. I know some mark-up languages, but no coding skills in the strict sense; I’m a good example! When i got involved with FSFE, it was as an intern for Georg Greve, the president at the time. And, beside many other things, I helped him find an office in Zurich; now I’m a member of FSFE’s General Assembly. And mostly, over the last five years, I’ve worked as a translator, as a long term-contributor to the Italian team, and particularly to the project gnuvox.info. I also worked as a newsletter editor – first as a volunteer, then for a short time as an employee.

CW: You mentioned earlier that sociologists and computer scientists don’t always have the best relationship.

GP: On the one hand I think that they really could benefit from each other, if only they had more compatible ways of understanding and communicating their problems. User-centered design, participatory design, and so forth, are all important efforts to make technology more ‘socially relevant’, and an honest integration of a ‘sociological’ understanding into the design and development of technological artifacts is the way to go, at least in my opinion, if we hope and aim for a technology that attempts to solve problems, rather than becoming a product for market exploitation.

I believe in the idea that technology can improve human life, to put it very simply. But I also believe that in order to achieve this, the people who know how to make technology and those “who know what social problems there are” need to speak to each other more often.

My point is that this awareness is shared by both sociologists and computer scientists – and also software engineers, I believe – but the truth is that none of these groups have yet found an effective way to communicate. For instance, here in Trento there are efforts at departmental level to bridge and intertwine the field’s attempts realise ‘real’ interdisciplinary thinking. I know that similar attempts are also present in other universities in Europe. As far as I know these attempts have their problems, with projects starting honestly an interdisciplinary way, but ending up as standard prototyping projects, for instance. I’m hopeful that sooner or later we’ll find a way to integrate these two paradigms.

GP: Collaborative theses, and so on, are a starting point, for sure. But if you think at a different level, I think there is more potential. For example, in sociology and economics there is an emerging concept of social responsibility as applied to entrepreneurial and business activity. Increasingly there are degrees, in Business and similar fields, which are really into that. They are benefiting from a theory that originated in sociology. However, as far as I know the idea of social responsibility isn’t taught within the field of Computer Science at all. Similarly, people in human sciences have no clue about the complexity of reducing an area of human activity into a design problem and of implementing a technical solution to that problem.

“the idea of social responsibility isn’t taught within the field of Computer Science at all.”

There are different practices of appropriation at play. A computer scientist might think that a problem of immigrant integration, for example, can be solved by an iPhone app. And it reduces a very complex problem into a very simple artifact. On the other side, a sociologist who may understand the problems of immigrant integration from a theoretical point of view, doesn’t know what the potential of a well designed system could be. But if they did, perhaps the solution they would come to, would be not an iPhone app but a minor improvement in the town social services information system.

The two fields appropriate differently a ‘real’ problem area in order to make it fit their own paradigms. As I see it, the users of Free Software are a little bit like the immigrants in my fictitious example. They are appropriated, in different ways, by the two fields.