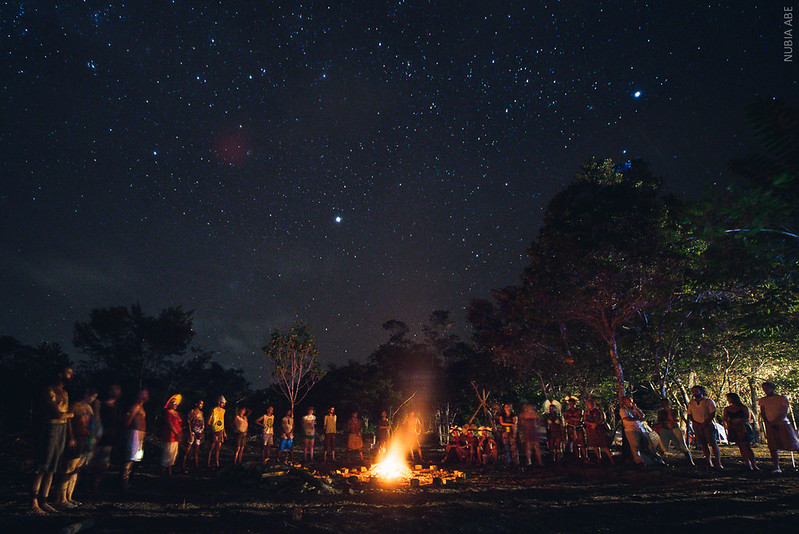 One of the more important parts of the 1st Festival of Technoshamanism (previously covered here, here and here) was several points of collaboration with the local Pataxó Indians.

The Pataxó is an indigenous people of about 12,000 people who live in the extreme south of the Brazilian state of Bahia, mainly in the area between Porto Seguro and Caraíva. Traditionally, the Pataxó have lived near Monte Pascoal, in the aldeia or settlement (or “village”) called Barra Velha. In 1951, they suffered a devastating massacre at the hands of the Brazilian military police, who basically burned down the settlement and dispersed the Pataxó, who for many years hereafter often had to be  discreet about their heritage. In the 1980’s and 90’s the Pataxó started fighting for their lands and succesfully reclaimed several of their old settlements, among them the Aldeia Velha located in Arraial d’Ajuda and the area around Monte Pascoal near Caraíva. A retelling of the struggle of the Pataxó for their lands can be found here (in Portuguese).

Today, the Pataxó live in 29 aldeias mainly located in the area between Monte Pascoal and Porto Seguro. Their main source of income is agriculture and tradional craftmanship, and though they have made great advances, their claim to their lands is by no means secure. The area is home to vast financial interests in agrobusiness, who would love to be able to clear what remains of the Atlantic rain forest and plant high-yielding eucalyptus everywhere, and their relationship with the rest of society is still precarious, as craftmanship and tourism are a somewhat insecure financial foundation.

After the massacre, the Pataxó might have opted to simply integrate into Brazilian society, abandon their culture and adopt a more assimilated lifestyle as workers and farm hands. But many of them also recognize that if they fail to conserve their culture, they will disappear and become nothing more than a few thousand urban and rural poor – while if the do conserve their culture and remember who they are, they may yet conserve an incredibly rich historical and cultural heritage.

The collaboration between the Pataxó and the participants in the festival was  natural because the concept of technoshamanism is, as has been discussed, all about reconnecting with ancestral knowledge and a connection to nature. In fact, one of the reasons for selecting Arraial d’Ajuda as the location of the festival was that several of the activists behind the festival already had good relations with the Pataxó. One of those people is Regis “Bailux”, who lives in Arraial and founded the hacklab called “Bailux”. At the festival’s opening (pictured above) Regis explained how his life changed completely ten years ago, when he discovered free software. His passion for free software led him to create Bailux with weekly meetings around free software, and for years he has been working to bring free software and free technology to the Pataxó to enable them to connect to the new digital world. For the Pataxó, collaboration with and solidarity from social movements as well as from other independent people are important, as they may yet need all the support they can get in the struggle for their culture and their land.

As a European and a person from a very different culture, I was honoured to be invited as a friend and a guest of these wonderful people.

The village pajé, or medicine woman, in Aldeia Velha: 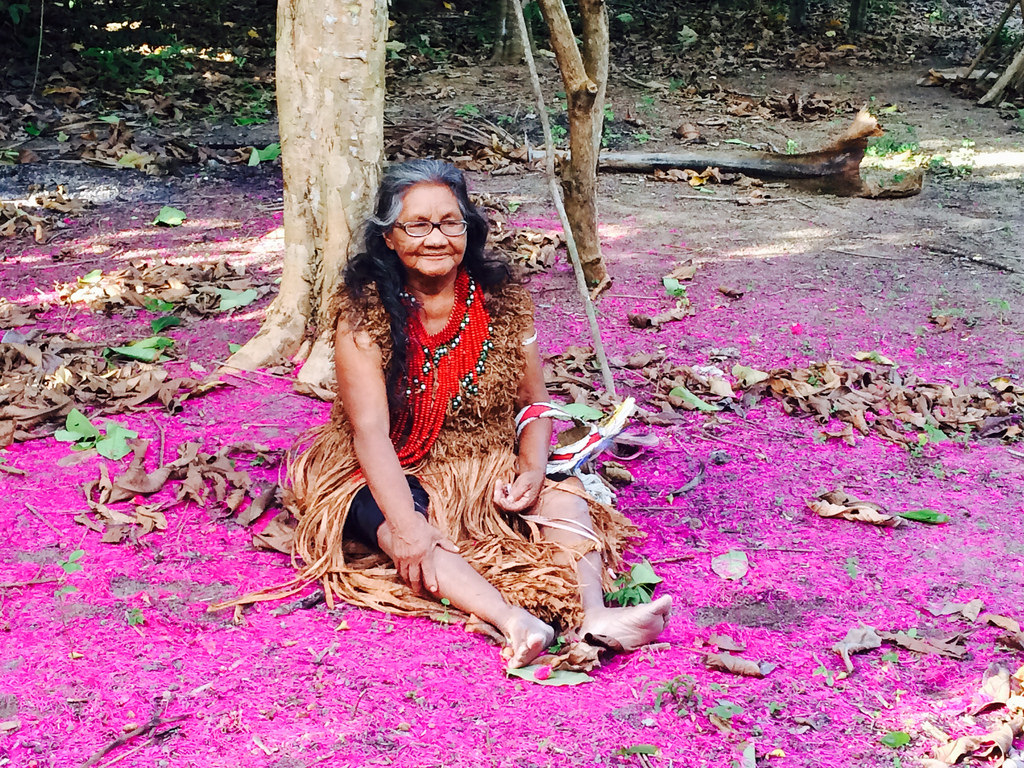 Scenes from a wedding and sports contest in Aldeia Velha on April 29, 2014: 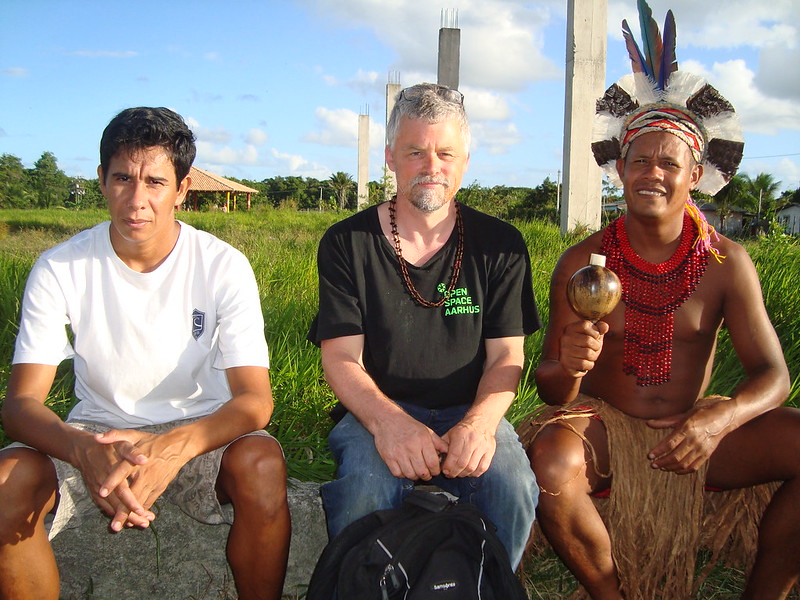 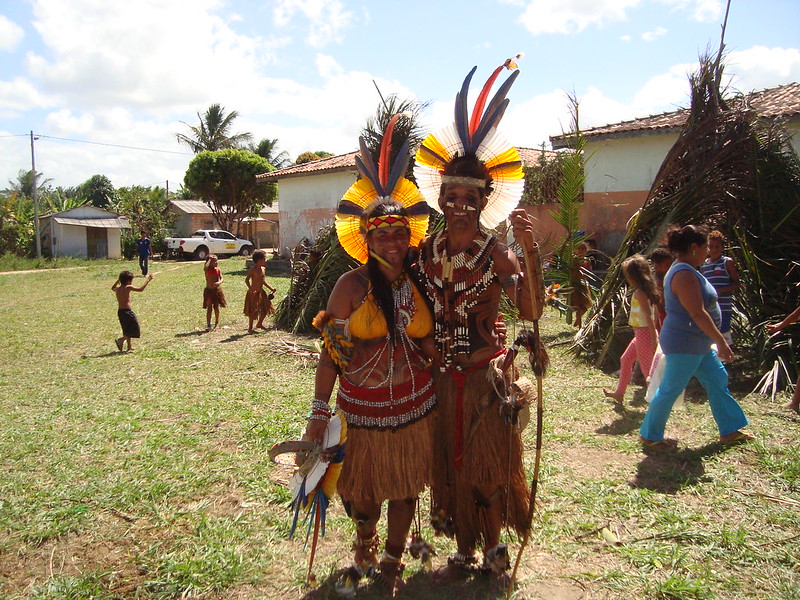 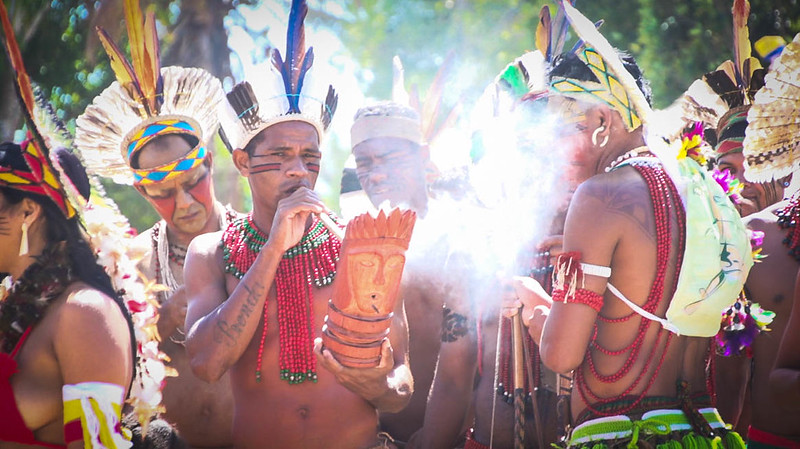 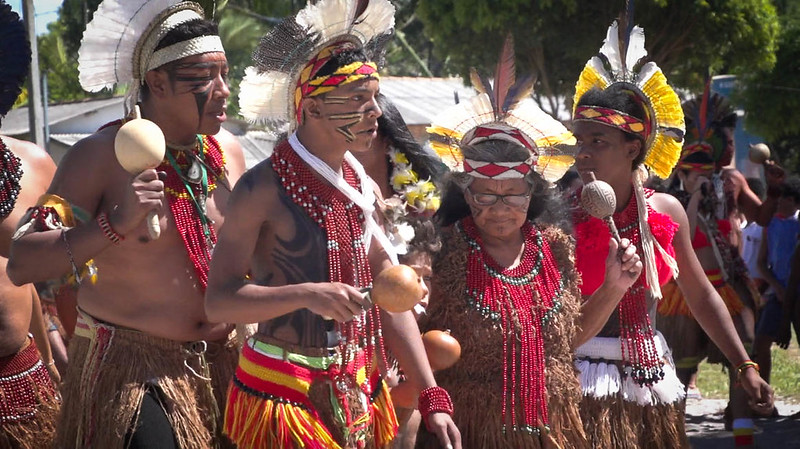 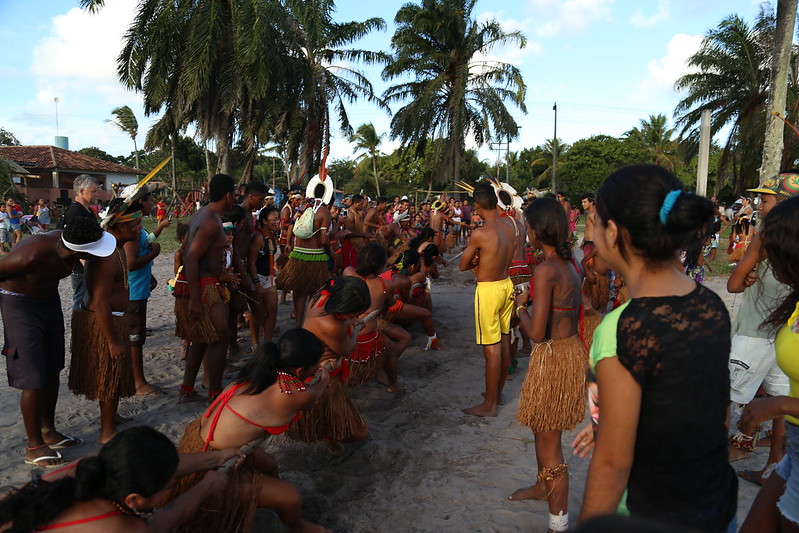 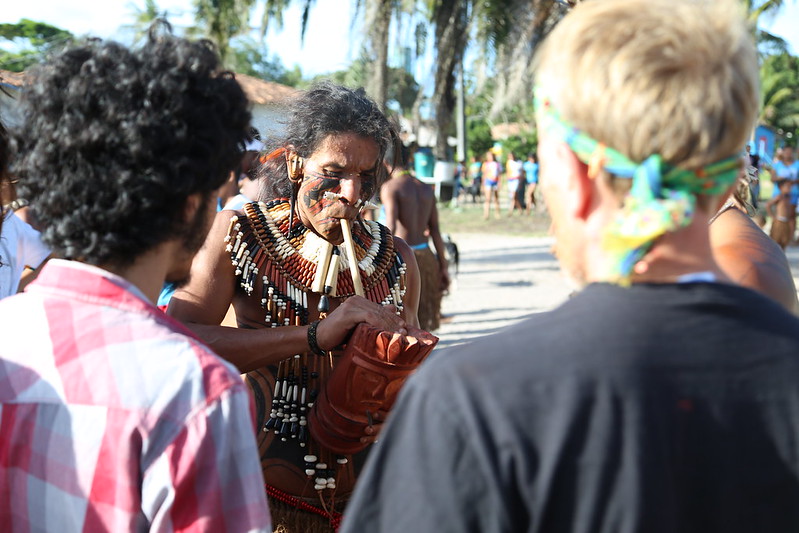 Various snapshots from the village: 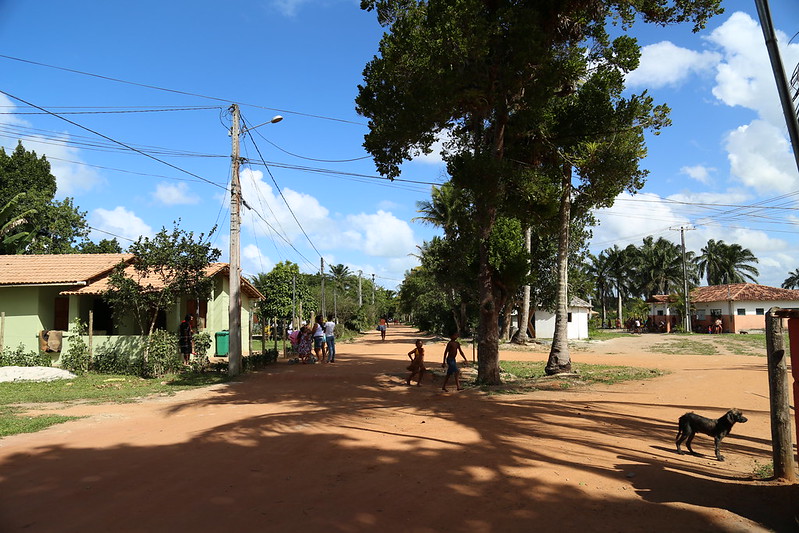 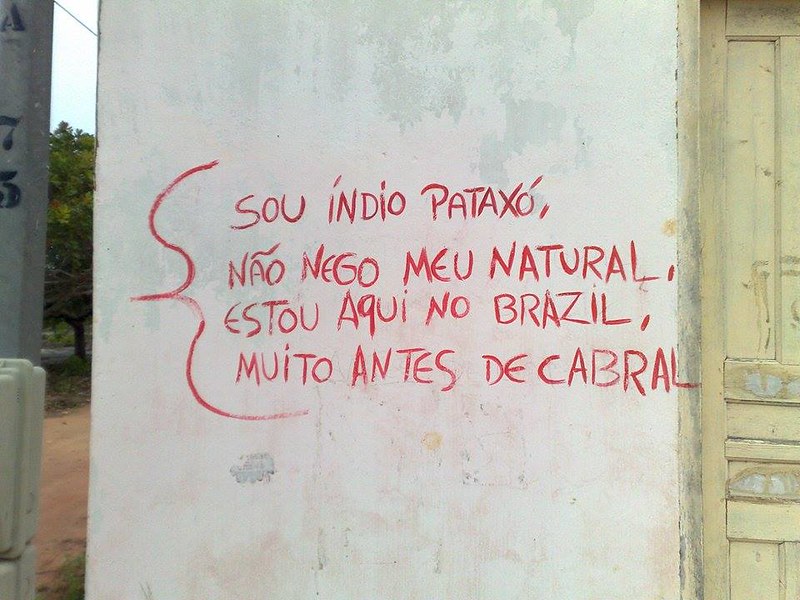 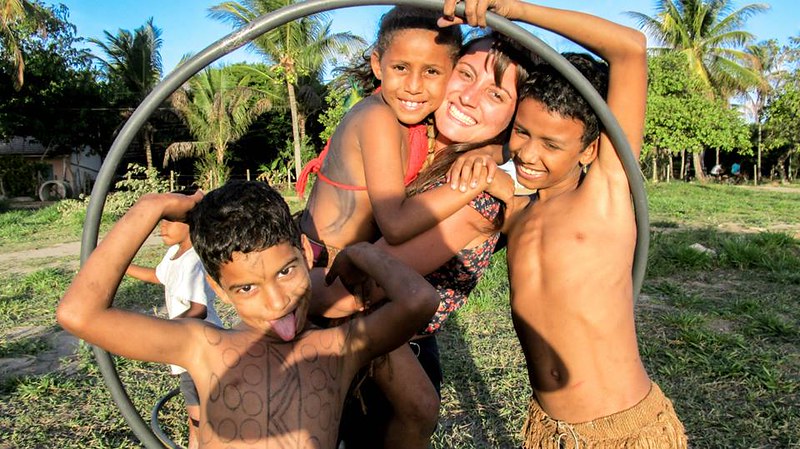 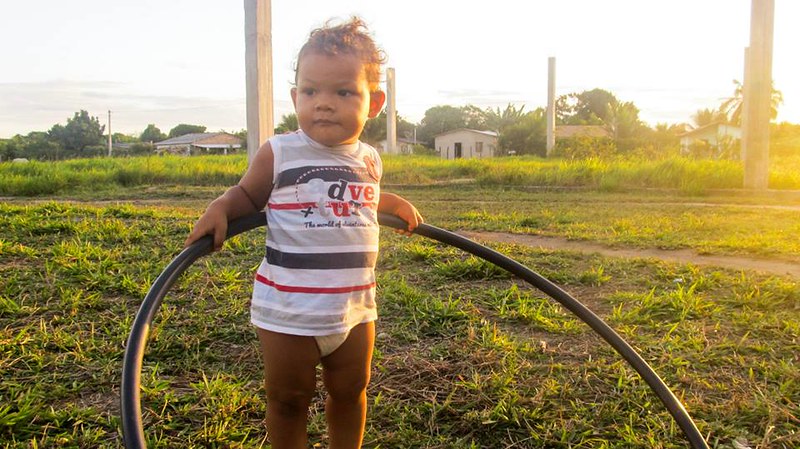