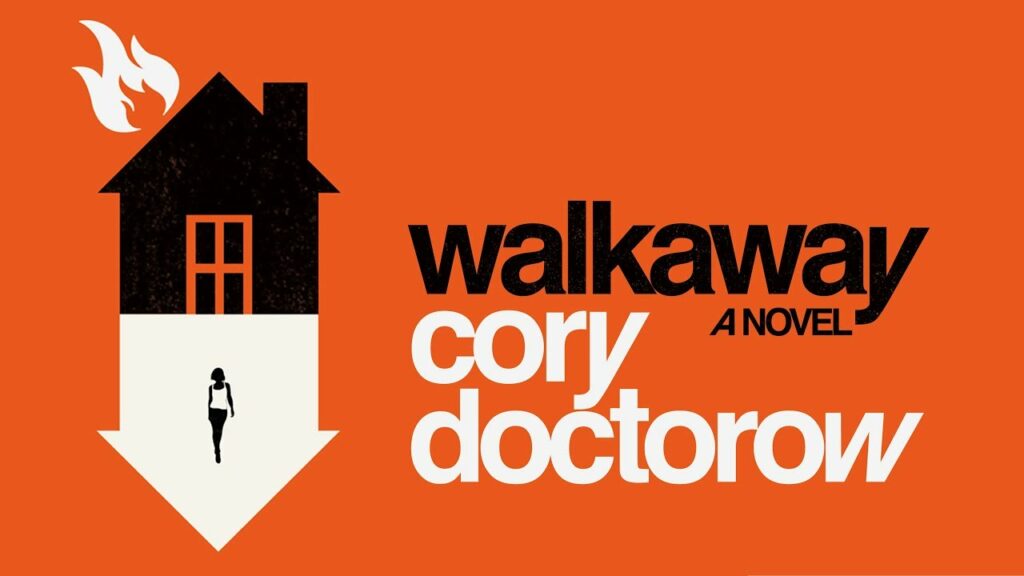 This post started as a Twitter thread – I’m reposting here to elaborate a bit (and fix some typos).

I recently  read  Cory Doctorow‘s novel “Walkaway”. It scathingly turns on the increasing inequality & proposes an anarchist-style rebellion consisting of people simply walking away and renouncing “default” society. It’s quite a page turner, and so definitely worth reading.

I have my difficulties with one plot point, though: The notion of gaining eternal(-ish) life by uploading your personality. First, I don’t think that will ever happen, technology-wise; second, I don’t think our personality, our being-as-human, makes any sense without a body.

“We” are not just spirit, not just reasoning and thought as located in Broca’s and Wernicke’s areas and the pre-frontal cortex, but are the result of processes all over the brain, in the limbic system and thalamus etc, all of which are strongly linked to our bodily functions.

In that sense, there doesn’t seem to be a well-defined “me” which can be reduced to pure spirit or to computation. “I”, the conscious me, is an interpretation, a kind of self-regulation mechanism as Maturana proposed with his autopoiesis, whose “location” is not definable.

Moreover, the actual practical problems involved in a “mind scan” are daunting and apparently unsolvable – there is no known non-destructive way of mapping out the neural connections in a living brain, and even if there were, the dynamics of different proteins and complex neurotransmitter mechanisms is still largely unknown. Some of these problems might indeed be solved the next 50 years – the novel is set around 2070 –  but others, like the physical problems of probing molecular-sized networks with non-destructive methods (which may be impossible in principle due to Heisenberg’s indeterminacy relations and the wave/particle duality) and getting an actual electron microscope inside someone’s brain; and not least, the philosophical and neurological problem of what consciousness  even is don’t seem to going anywhere even in the next five hundred years. To put it another way, as a practical proposition (as opposed to say, as a thought experiment or a plot point in a science fiction novel) the notion of personality upload should not be taken seriously by any intelligent person – and this would, like space travel elsewhere, not be a problem with the novel if it weren’t for the fact that too many people actually do take the idea seriously these days.

The idea of virtual communication as that of disembodied souls was important in the early Californian Internet community, as can be seen from Stewart Brand’s early focus on “out of body” experience in gamers. John Perry Barlow also liked to dwell on the idea, and it was often discussed in The Well, the early Californian message board. But as a theory of consciousness or of mind I think it’s a red herring.

We are our bodies, and death is here to stay, no matter how rich you are, or how willing to share all knowledge we become. Unfortunately, or maybe in fact fortunately.

I’m speaking of the novel here, not projecting any opinions in this regard on its author. The idea of gaining virtual immortality by  uploading your consciousness to a machine is, however, taken seriously by Silicon Valley Singularity prophets such as Ray Kurzweil, and in that sense it is almost disappointing that the incisively intelligent Doctorow, with his otherwise  crystal clear political and technological analyses, is so to speak validating this kind of speculative mumbo jumbo by presenting it as a serious option. People may, of course, already  gain some immortality by betrothing their thoughts, their ideas, their intellectual production, to future generations, as artists and writers have been doing for centuries, and in Doctorow’s defense, the literal (and not just infeasible, but impossible) immortality of uploaded minds is an excellent metaphor for the more traditional immortality of living on in the memories of your physical and intellectual descendants.

As for the very notion of “walkaway”, the notion that people can start leaving our present society behind, I love it! I also love the idea that the future we get is the future we decide to build, leaving behind all the lies of There Is No Alternative. Much of the book’s political analysis of these movements draws heavily on David Graeber’s “Debt: The First 5000 Years” and Thomas Piketty’s “Capital in the 21st Century” – and, according to the author, Rebecca Solnit’s “A Paradise Built in Hell”, which I haven’t read (but maybe should).

Given that one of the book’s main characters is Brazilian, I’d have loved to see refences to Brazil’s many actual walkaway communities – indigenous communities, century-old quilombos (maroon societies) modern-day quilombos in the form of inner-city squats and community houses, etc.

Not to mention “spiritual walkaway” techniques such as capoeira and candomblé, people knowingly and ritually installing different software in their brains to preserve their own culture. Still, “Walkaway” raises important points, and my objections may be a job for another day.