Open Space Aarhus is the venue for our FSFE Fellowship meetings i Aarhus, and it just moved to a new location just opposite the university’s departments of computer science and digital design.

The site’s chairman Flemming started the event by explaining the meaning of the term “hacker” in “hackerspace” and its value in modern society, and that meant explaining the value of free software. 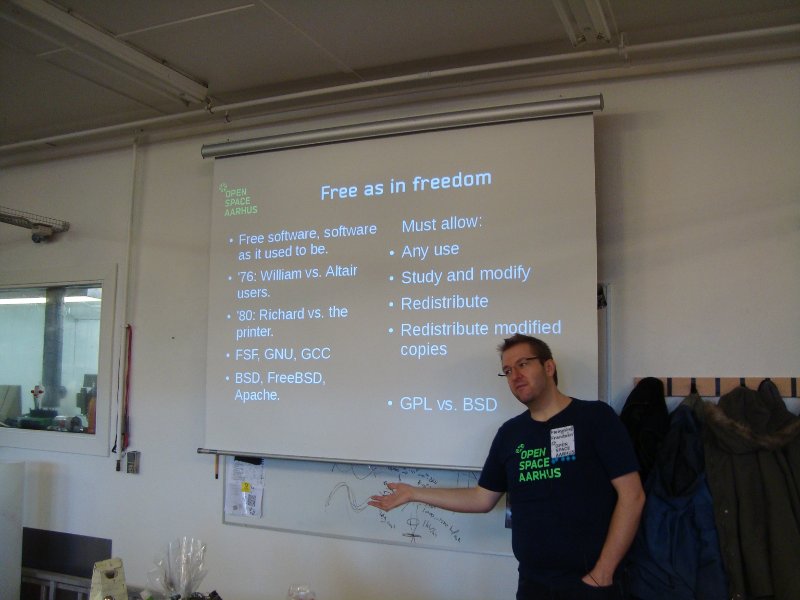 Among other things, including of course the ins and outs of the hackerspace itself.

As can be seen, quite a lot of people showed up for the reception – many of which we had never seen before (this was of course the whole point of having the opening reception). 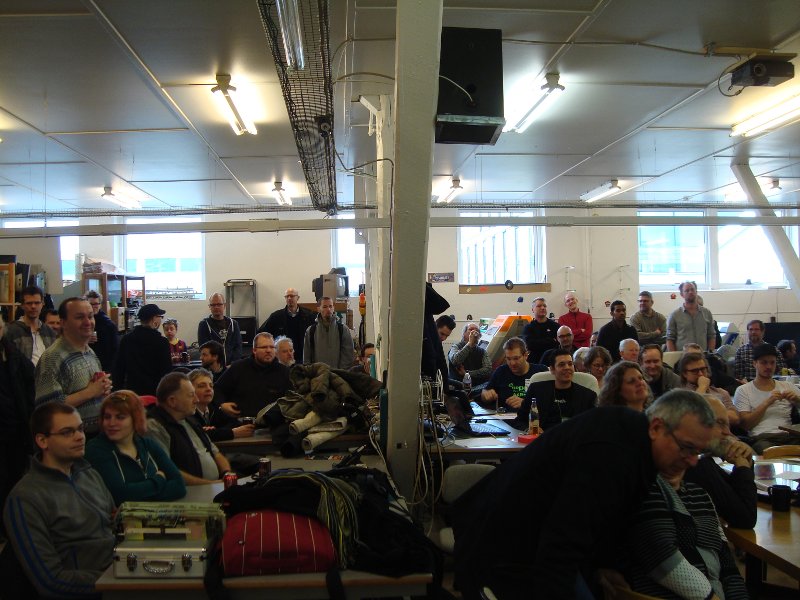 The new hackerspace has lots of working space 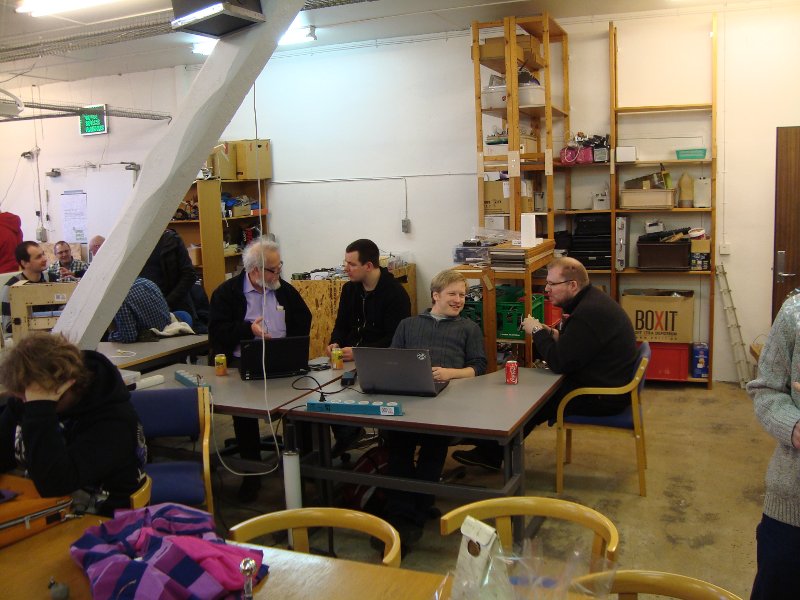 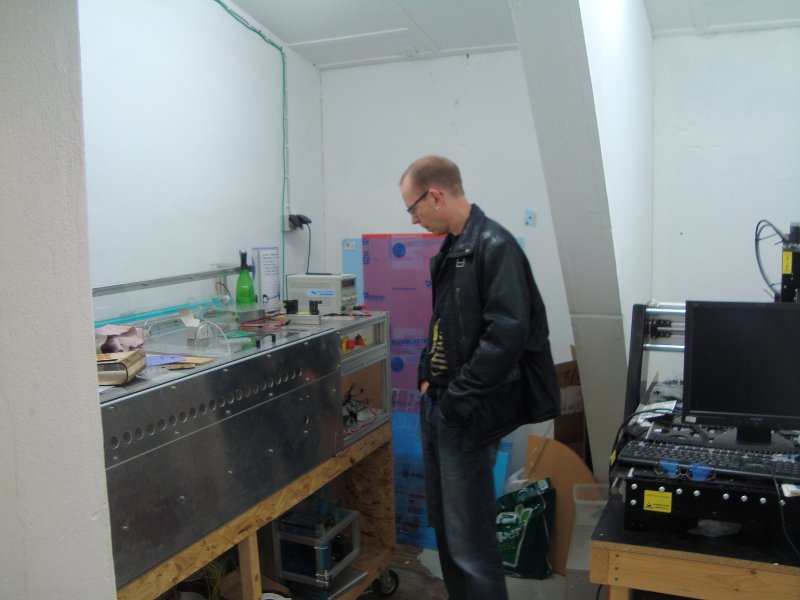 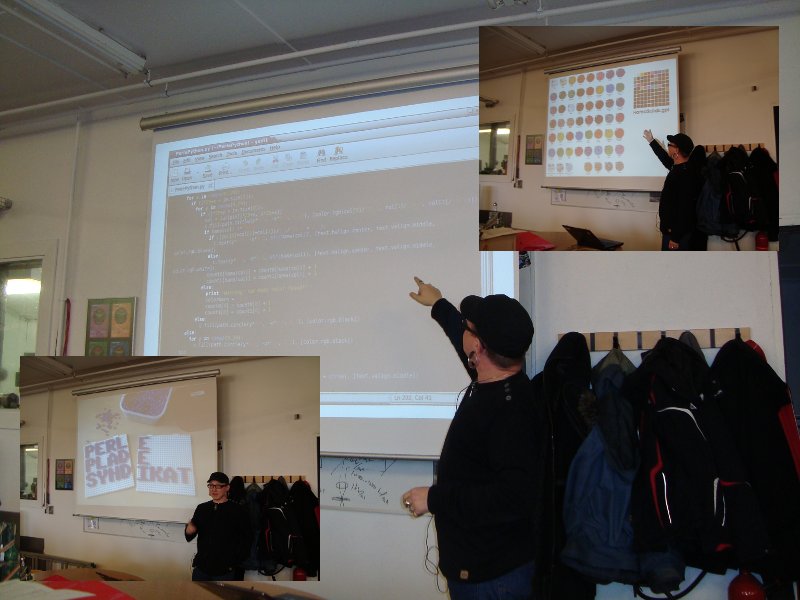 … all in about 200 square meters of semi-industrial building bang in the middle of the university’s computer science campus and the related science park with many startup companies. 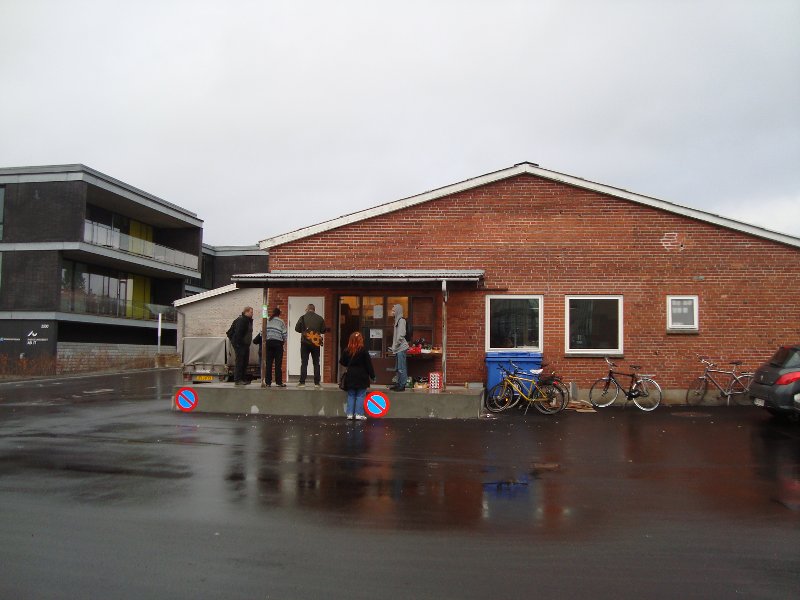 I’m quite excited about the possibilities of this new hackerspace, both as a regular member and as a coordinator of the local FSFE group. And so is everybody else. It seems like the right place at the right time, and the location can hopefully attract many new and interesting free software and freedom-in-general related activities here in Aarhus.

Update: I uploaded some more photos from the event to a Flickr set.

I’ve been quoted in the Danish newspaper Arbejderen (“The Labourer”) under the headline “IT Employees Launch Campaign Against the Patent Court“. The campaign is  about the upcoming referendum on the Danish accession to the new EU-wide Unified Patent and the related Unified Patent Court. The work of the FSFE and especially our Fellowship group is mentioned.

It is very important to campaign for a “no” in this referendum, since the Unified Patent will make the current problems with software patents from the European Patent Office much worse. If Denmark votes no, its businesses will be at least partially shielded from European-wide enforcement of software patents. The campaign is organized by PROSA and the IT-Political Association of Denmark.

This is more relevant than ever, as the EPO now openly admits that “technical software” can be patented.

See this, and this.

Carsten Agger is active in the IT-Political Association of Denmark and in  Open Space Aarhus, an association of people interested in technology[1].

He is also a coordinator in the Free Software Foundation Europe (FSFE) which fights for the right to develop and distribute software freely.

This Friday, the FSFE joined a campaign to ask all  candidates for the upcoming elections for the European Parliament to join a pact which states that free software is a common good which is worth fighting for.

If you want to read the rest of the article, I propose you use Google Translate, as I don’t have the time to translate all of it.

Our local group in Aarhus will contribute as much to the campaign as it can. The patent court and the referendum will be the subject of our next fellowship meeting on February 20.

[1]: Also called a HACKERSPACE. That’s the term we prefer.

[2]: The journalist has now fixed this in the online edition.