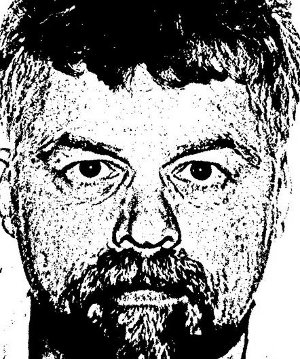 Hi there, and welcome to my new blog at Free Software Foundation Europe. I joined the FSFE as a paying member very recently, though I’ve been following the discussions on the mailing list for years.

I will use this blog to write in English about free software activism in general and my own projects in that direction in particular. I’m a currently 46-year-old software developer from Denmark with a day job which allows me to use free software only, specifically Python, PostgreSQL, Apache, FreeBSD, Ubuntu, and a number of other free tools. In other words, I work with administrative web applications.

I’ve been a political activist for more than a decade. This magazine was my first political platform, and as long as it’s necessary, I’ll always be active against the somewhat creepy turn to the right which has occurred in Danish politics. That, however, is not the point of this blog.

My eyes were opened to the importance of software freedom in 2005, about the same time I discovered Ubuntu, a user friendly GNU/Linux distribution which did not require me to use unreasonable amounts of time just to get everything working. I’ve since done quite a bit of IT political advocacy in one track of my personal blog, while another track is dedicated to a more technical kind of advocacy/discussion.

I’ve been quite active in the Danish Ubuntu group, and helped starting regular Ubuntu-centric face to face meetings in Aarhus. I am, however, now leaving this work, because I prefer doing things under the headline of “free software” and “freedom” (which was always the point anyway) rather than “Ubuntu”. I hope to do some of this under the auspices of OSAA, a hacker space in Aarhus which was co-founded by our Ubuntu group. Open Space Aarhus is one of the most awesome new things to happen in Aarhus for several years, so be sure to visit it if you pass by.

I’m also an aspiring writer and poet. My first completed manuscript, a popular secular scholarly introduction to the Qur’an, is currently with a publisher’s house, awaiting their aye or nay. I’m also currently doing the proofreading and editing on my second completed manuscript, an introduction (in Danish) of free software, its history and motivation, under the working title of “Fri software: Et kampskrift“. I’m not sure what the final title is going to be, but I do hope to see it published sometime in 2012. I also hope it will be able to give the free software movement in Denmark a push forward.

For I perceive the free software movement in Denmark as ailing. The dominating discourse is to use “open source”, and people are mainly arguing for it on purely economic grounds. The term “free software” and the political and philosophical motivations for using it are often considered an embarassment. I sincerely hope my book and the dust I can kick up around it can change this and help promote free software adoption in Denmark, and hopefully other places as well.

That’s it for now. Do not expect this blog to be frequently updated, that’s what my political blog is for. But I do intend to report  on the progress of my free software manuscript/aspiring book as well as on whatever free software advocacy I deem relevant to write about here, in English. ‘Be seeing you. 🙂