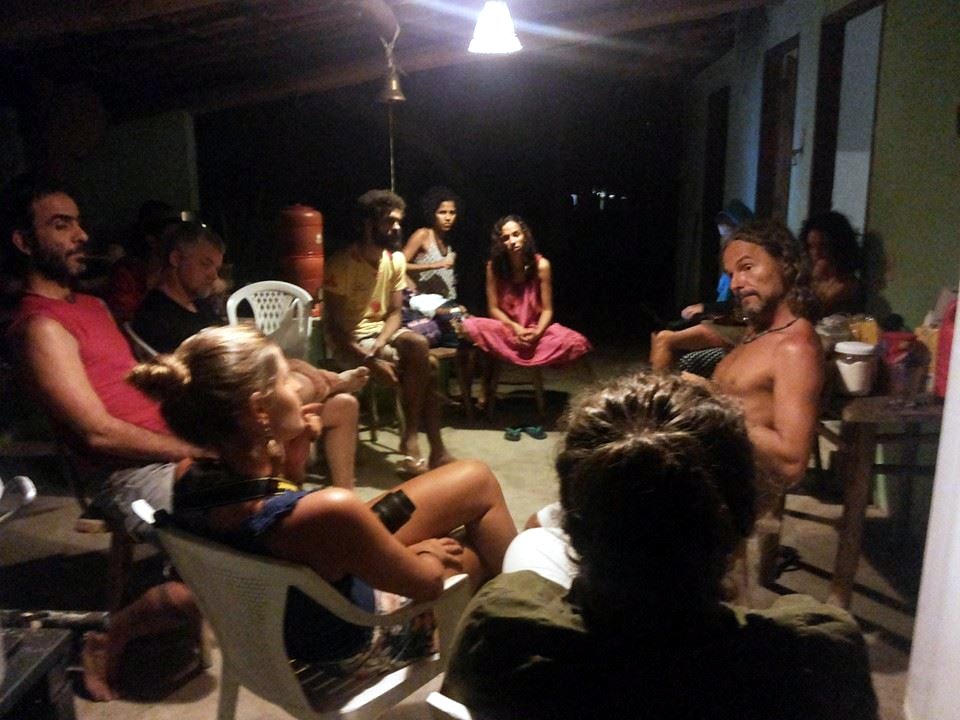 The festival opened informally by people turning up little by little during the day. At night we had a long and very interesting discussion about permaculture and the future of the planet where we also discussed the threats to the Internet and the importance on Edward Snowden’s revelation of the real extent of government surveillance.

The weightiest input to the discussion came from our host Jürgen Botz, who is a German software engineer who came to Bahia after working in Silicon Valley for 25 years, mostly with free software. Jürgen believes there is not much we can do to change the patterns of consumption and global waming on the large scale. We can, however, change them on the small scale, by using permaculture, sustainable agriculture, and generally form groups to live differently and simply stop contributing to the madness. This may not save the planets, but it may enable us to save our own souls, or at least our own integrity. This is why he has started the permaculture initiative which is currently hosting the festival in the middle of a  Bahian jungle.

If you understand Portuguese, you can listen to the discussion here, thanks to Livia Achcar who recorded and edited the conversation to turn it into a radio program.

The official opening of the festival was today, and I’ll write about it later.