This afternoon, I will give a talk at Aarhus University School of Engineering, recommending a no in the upcoming referendum about Denmark’s accession to the unitary patent and the European patent court.

Our main motivation for working against the unitary patent is that the rules about software patents are very unclear, and given a closed-circuit patent-lawyer-only system as created by the European Patent Organization and the court in conjunction, we have every reason to fear the worst. I wrote more about this here.

Below, you can see one of the posters from our campaign. Basically it says that we have to vote NO to patent trolls, as the unitary patent risks creating a patent troll-friendly environment in Europe which did not previously exist.

A NO in the referendum will not immediately help the rest of Europe, but at least unitary patents won’t be valid in Denmark. And, if Denmark votes no because of software patents, and Ireland follows suit in a year’s time when they have their referendum, it may yet help us campaign to change things. And, hopefully, kill software patents (and bio-patents, but that’s another story) once and for all. 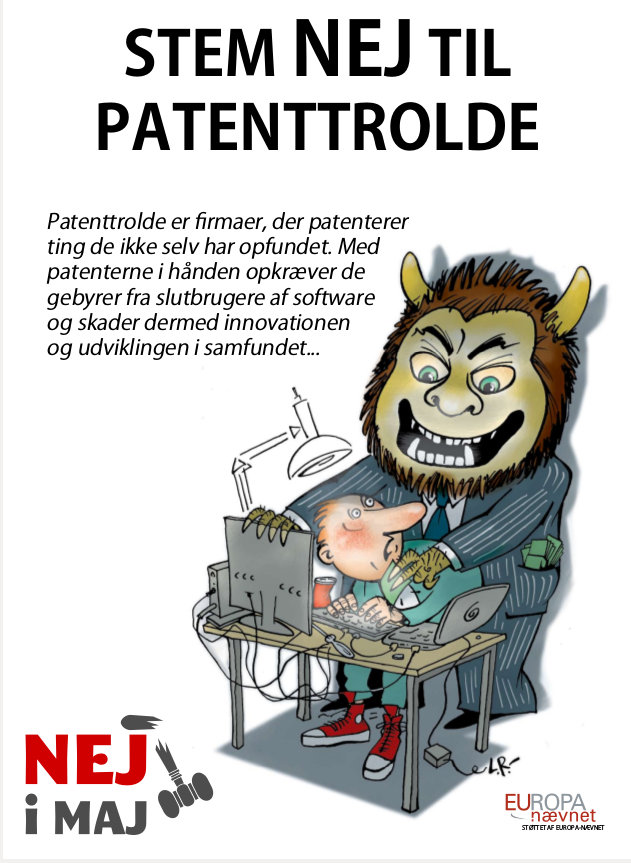