Software is a social endeavour. The most important advantage of Free Software is its community. Because the best Open Source is built by a community of contributors. Contribution being the single most important currency and differentiation between users and community. You want to be part of that community at least by proxy because like any community, members of our community spend time together, exchange ideas, and create cohesion that translates into innovation, features, best practices.

We create nothing less than a common vision of the future.

By the rules of our community, anyone can take our software and use it, extend it, distribute it. A lot of value can be created this way and not everyone has the capabilities to contribute. Others choose not to contribute in order to maximise their personal profits. Short of actively harming others, egoism, even in its most extreme forms, is to be accepted. That is not to say it is necessarily a good idea for you to put the safeguarding of your own personal interests into the hands of an extreme egoist. Or that you should trust in their going the extra mile for you in all the places that you cannot verify.

That is why the most important lesson for non-developers is this: Choose providers based on community participation. Not only are they more likely to know early about problems, putting them in a much better position to provide you with the security you require. They will also ensure you will have a future you like. 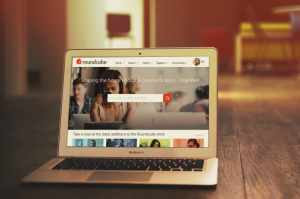 Developers know all this already, of course, and typically apply it at least subconsciously.

Growing that kind of community has been one of the key motives to launch Roundcube Next, which is now coming close to closing its phase of bringing together its key contributors. Naturally everyone had good reasons to get involved, as recently covered on Venturebeat.

Last night Sandstorm.io became the single greatest contributor to the campaign in order to build that better future together, for everyone. Over the past weeks, many other companies, some big, some small, have done the same.

Together, we will be that community that will build the future.

Georg Greve is a technologist and entrepreneur. Background as a software developer and physicist. Head of product development and Chairman at Vereign AG. Founding president of the Free Software Foundation Europe (FSFE). Previously president and CEO at Kolab Systems AG, a Swiss Open Source ISV. In 2009 Georg was awarded the Federal Cross of Merit on Ribbon by the Federal Republic of Germany for his contributions to Open Source and Open Standards.
View all posts by Georg Greve →
This entry was posted in Collaborate in Confidence, Free Software Business and tagged Articles, Collaborate in Confidence, Free Software, Innovation, Kolab Systems, Open Standards, Roundcube Next. Bookmark the permalink.