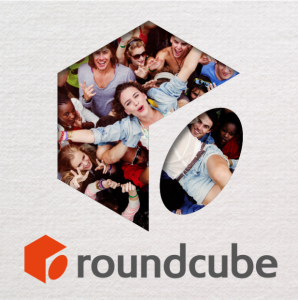 If you are a user of Roundcube, you want to contribute to roundcu.be/next. If you are a provider of services, you definitely want to get engaged and join the advisory group. Here is why.

Free Software has won. Or has it? Linux is certainly dominant on the internet. Every activated Android device is another Linux kernel running. At the same time we see a shift towards “dumber” devices which are in many ways more like thin clients of the past. Only they are not connected to your own infrastructure.

Alerted by the success of Google Apps, Microsoft has launched Office 365 to drive its own transformation from a software vendor into a cloud provider. Amazon and others have also joined the race to provide your collaboration platform. The pull of these providers is already enormous. Thanks to networking effects, economies of scale, and ability to leverage deliberate technical incompatibilities to their advantage, the drawing power of these providers is only going to increase.

Open Source has managed to catch up to the large providers in most functions, bypassing them in some, being slightly behind in others. Kolab has been essential in providing this alternative especially where cloud based services are concerned. Its web application is on par with Office 365 and Google Apps in usability, attractiveness and most functions. Its web application is the only fully Open Source alternative that offers scalability to millions of users and allows sharing of all data types in ways that are superior to what the proprietary competition has to offer.

Collaborative editing, chat, voice, video – all the forms of synchronous collaboration – are next and will be added incrementally. Just as Kolab Systems will keep driving the commercial ecosystem around the solution, allowing application service providers (ASP), institutions and users to run their own services with full professional support. And all parts of Kolab will remain Free and Open, as well as committed to the upstream, according to best Free Software principles. If you want to know what that means, please take a look at Thomas Brüderlis account of how Kolab Systems contributes to Roundcube.

TL;DR: Around 2009, Roundcube founder Thomas Brüderli got contacted by Kolab at a time when his day job left him so little time to work on Roundcube that he had played with the thought of just stepping back. Kolab Systems hired the primary developers of Roundcube to finish the project, contributing in the area of 95% of all code in all releases since 0.6, driving it its 1.0 release and beyond. At the same time, Kolab Systems carefully avoided to impose itself on the Roundcube project itself.

From a Kolab perspective, Roundcube is the web mail component of its web application.

The way we pursued its development made sure that it could be used by any other service provider or ISV. And it was. Roundcube has an enormous adoption rate with millions of downloads, hundreds of thousands of sites and an uncounted number beyond the tens of millions. According to cPanel, 62% of their users choose Roundcube as their web mail application. It’s been used in a wide number of other applications, including several service providers that offer mail services that are more robust against commercial and governmental spying. Everyone at Kolab considers this a great success, and finds it rewarding to see our technology contribute essential value to society in so many different ways.

But while adoption sky-rocketed, contribution did not grow in the same way. It’s still Kolab Systems driving the vast majority of all code development in Roundcube along with a small number of occasional contributors. And as a direct result of the Snowden revelations the development of web collaboration solutions fragmented further. There are a number of proprietary approaches, which should be self-evidently disqualified from being taken serious based on what we have learned about how solutions get compromised. But there are also Open Source solutions.

The Free Software community has largely responded in one of two ways. Many people felt re-enforced in their opinion that people just “should not use the cloud.” Many others declared self-hosting the universal answer to everything, and started to focus on developing solutions for the crypto-hermit.

The problem with that is that it takes an all or nothing approach to privacy and security. It also requires users to become more technical than most of them ever wanted to be, and give up features, convenience and ease of use as a price for privacy and security. In my view that ignores the most fundamental lesson we have learned about security throughout the past decades. People will work around security when they consider it necessary in order to get the job done. So the adoption rate of such technologies will necessarily remain limited to a very small group of users whose concerns are unusually strong.

These groups are often more exposed, more endangered, and more in need of protection and contribute to society in an unusually large way. So developing technology they can use is clearly a good thing.

It just won’t solve the problem at scale.

To do that we would need a generic web application geared towards all of tomorrow’s form factors and devices. It should be collaboration centric and allow deployment in environments from a single to hundreds of millions of users. It should enable meshed collaboration between sites, be fun to use, elegant, beautiful and provide security in a way that does not get into the users face.

Fully Free Software, that solution should be the generic collaboration application that could become in parts or as a whole the basis for solutions such as mailpile, which focus on local machine installations using extensive cryptography, intermediate solutions such as Mail-in-a-Box, all the way to generic cloud services by providers such as cPanel or Tucows. It should integrate all forms of on-line collaboration, make use of all the advances in usability for encryption, and be able to grow as technology advances further.

That, in short, is the goal Kolab Systems has set out to achieve with its plans for Roundcube Next.

While we can and of course will pursue that goal independently in incremental steps we believe that would be missing two rather major opportunities. Such as the opportunity to tackle this together, as a community. We have a lot of experience, a great UI/UX designer excited about the project, and many good ideas. 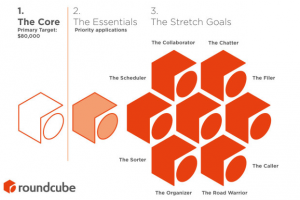 But we are not omniscient and we also want to use this opportunity to achieve what Roundcube 1.0 has not quite managed to accomplish: To build an active, multi-vendor community around a base technology that will be fully Open Source/Free Software and will address the collaborative web application need so well that it puts Google Apps and Office 365 to shame and provides that solution to everyone. And secondly, while incremental improvements are immensely powerful, sometimes leapfrogging innovation is what you really want.

All of that is what Roundcube Next really represents: The invitation to leapfrog all existing applications, as a community.

So if you are a user that has appreciated Roundcube in the past, or a user who would like to be able to choose fully featured services that leave nothing to be desired but do not compromise your privacy and security, please contribute to pushing the fast forward button on Roundcube Next.

And if you are an Application Service Provider, but your name is not Google, Microsoft, Amazon or Apple, Roundcube Next represents the small, strategic investment that might just put you in a position to remain competitive in the future. Become part of the advisory group and join the ongoing discussion about where to take that application, and how to make it reality, together.

Georg Greve is a technologist and entrepreneur. Background as a software developer and physicist. Head of product development and Chairman at Vereign AG. Founding president of the Free Software Foundation Europe (FSFE). Previously president and CEO at Kolab Systems AG, a Swiss Open Source ISV. In 2009 Georg was awarded the Federal Cross of Merit on Ribbon by the Federal Republic of Germany for his contributions to Open Source and Open Standards.
View all posts by Georg Greve →
This entry was posted in Collaborate in Confidence and tagged Articles, Business, Collaborate in Confidence, Free Software, Innovation, Kolab Systems, Microsoft, Open Standards, Security. Bookmark the permalink.