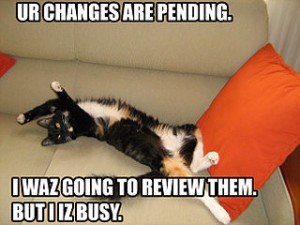 In the last week of August 2016, two major leaks of the EU copyright reform became public: draft Impact Assessment, and draft Proposal for a Directive on copyright in the digital single market. FSFE has previously followed the reform on several occasions and provided the comments on Parliamentary own-initiative report, and within the general comments on Digital Single Market strategy.

In our assessments we asked for making clear that no exception to copyright should be ever limited by Digital Restrictions Management (DRM), to provide for a fully harmonised set of exceptions, including for currently uncertain situation with Text and Data Mining (TDM), and to strengthen the principle of technological neutrality.

The draft Proposal together with the draft Impact Assessment, however, is far from actually tackling the existing problems with outdated copyright protection. Furthermore, they seem like a cry out of threatened businesses to secure their place under the sun at the expense of others. Instead of dealing with the problems that are actually hampering the EU from achieving the desired digital single market, the proposed reform conveniently “backed up” with contradictory Impact Assessment, ignores the existing problems, disregards fundamental rights and leans towards reinforcing the same issues in a larger and more “harmonised” way.

Text and Data Mining – new field for DRM and beyond?

The purpose of ongoing copyright reform is inter alia addressing existing disparities between different member states and to bring more legal clarity on copyright into the digital sphere. FSFE also supported that reasoning and asked the EC to uphold these plans for uniform rules across the EU for the interpretation of exceptions and limitations. This inter alia is most likely achievable by introducing legislative requirements of mandatory exceptions, as this will not leave any space to manuoeuvre within the member states, allowing the necessary level of harmonisation across the EU.

In particular, we argued for an explicit right to extract data from lawfully accessed protected work. The Proposal includes a mandatory exception for uses of text and data mining technologies in the field of scientific research, illustration for teaching, and for preservation of cultural heritage. The draft Proposal does include a reference to the fact that licensing, including open licences do not address the question of text and data mining with the necessary clarity, as they often just do not have any reference to TDM.

The mandatory exception for TDM is therefore a welcomed approach. The downside with the exception as proposed by the EC is however the fact that it is only granted to ‘research organisations’ – university, a research institute or any other non-profit organisation of a public interest with the primary goal of conducting scientific research and to provide educational services. The scope of such mandatory exception is hence limited, excluding everyone else with lawful access to protected works (citizens, SMEs etc).
The exception of TDM directed to everyone who has lawfully accessed the work, according to the Commission, is unfavourable simply because “this option would have a strong negative effect on publisher’s TDM licensing market”. Ignoring the benefits to innovation, and the fact that such exception would open opportunities for more businesses, the EC is evidently in favour of securing existing situation of publishers’ taking advantage of current legal unclarity.

In addition, TDM exception has a reference to the right of rightholders to apply technical safeguards to their works, as according to the Draft Proposal, new TDM exceptions has a potential to inflict “high number of access requests to an downloads of their works”. This is a reference to so-called Digital Restrictions Management (DRM) that is widely used by the rightholders to arbitrarily restrict users’ freedom to access and use the lawfully acquired works and devices within the limits of copyright law. A slight hope to restrict this arbitrary practice at least in TDM exception is contained in the second part of the proposed provision which requires that “such measures shall not go beyond what is necessary” to achieve the objective to ensure security and integrity of the networks and databases where the works are hosted. In addition, these measures should not undermine the effective application of the exception.

Whilst it is definitely a better approach to address the lawfulness of DRM and include a safeguard for an effective application of the exception, it is however, a worrisome direction to see such requirement in a copyright regulation. It is evident that the rightholders would need to ensure the technical security and integrity of their databases and networks in any case, irrespective whether the users’ access their works under a legitimate TDM exception or any other use. This vague provision sounds like rightholders can receive a wide-reaching right in name of copyright to apply any technical measure that is “necessary” to safeguard their right. The provision lacks the requirement of proportionality in addition to necessity: when the measure is not only necessary to stop the unlawful access to the database but is also proportionate with the alleged aim and purpose of such measure.

The tensions between hyperlinks and copyright have been on agenda of European Court of Justice on several occasions: when can a link to copyrighted material constitute a copyright infringement and why? The reform of existing European copyright rules can be seen as an opportunity to bring some clarity to the question and secure the fundamental principle of internet: linking, i.e. as in mere referencing to or quoting *existing* content online shall be considered a lawful use of protected work per se.

However, the EC decided to go after hyperlinks from a different direction: in the name of *holy* news publishers who are losing their revenues because of online uses to “ensure the sustainability of the publishing industry”. In a nutshell, news publishers are granted with so-called “neighbouring rights” for the reproduction and and making available to the public of publications in respect of online uses. This means that news publishers get exclusive rights to prohibit any reproduction or “the communication to the public” of their stories: including the snippets of the text or hyperlinks. According to the EU case-law, the text as long as 11 words is considered to be “literary work” protected by copyright laws. Publishers enjoying such broad and widespread right without any counterbalance from the other side is a serious threat to the existing online environment and to the internet we know, not mentioning the implications of freedom of expression and the diversity of media.

According to the Impact Assessment, publishers are currently in the most disadvantageous situation, as they “rely on authors’ copyright that is transferred to them”. When did copyright become the right to maximise the revenues of struggling business models making their money off creativity of other people? Furthermore, the Impact Assessment acknowledges the fact that so-called “ancillary rights” for publishers, already introduced in Spain (i.e. compensation to publishers from online service providers) and Germany (i.e. exclusive right covering specifically the making available of press products to the public) , have not proven effective to address publishers’ problems so far, in particular as they have not resulted in increased revenues for publishers from the major online service providers. Yet, the EC is convinced that the best solution would be to just combine two failed solutions and impose it on the rest of the member states.

The leaked documents indicate the worrisome direction taken by the EC in order to bring the EU to digital single market. Unfortunately, the EC is disregarding everything that can help the EU to enhance its digital environment. Instead of acknowledging the change internet has brought to the use and distribution of copyrighted material, the EC is frantically trying to secure the interests of fading businesses and their revenues first, rather than authors.

UPDATE: The official published documents on the reform confirm the plans of the European Commission as indicated by the leaks in unchanged form.