For those of you reading this post because you’re trying to decide who to vote for in the upcoming Fellowship Election (which starts 20 February), I’ve tried to provide a little bit of information about myself and my candidature.

I’m FSFE’s Deputy Coordinator Netherlands. I’ve been a Fellow since 2008. You can read about some of the things I’ve done for FSFE last year in my blog post about FSFE Netherlands in 2014.

I also volunteer at (Dutch digital rights organisation) Bits of Freedom‘s Privacy Café (and other CryptoParties).

I’m highly motivated to do more for the FSFE. I’d like to:

Being a Fellowship representative would provide me with a great opportunity to do this (and more).

Who to vote for?

I think Max & Nicolas would be great Fellowship representatives as well and we seem to share many of the same goals.

So I’m not going to tell you why you should elect me instead of one of them — although I certainly hope you’ll vote for me.

Instead, I want to tell you that no matter who wins the election, I intend to work together with Max & Nicolas — and all of you — to make FSFE even better.

You’ve already found your way to my blog, but you can also follow me on twitter. And if you’d like to get in touch with me, feel free to send me an email. 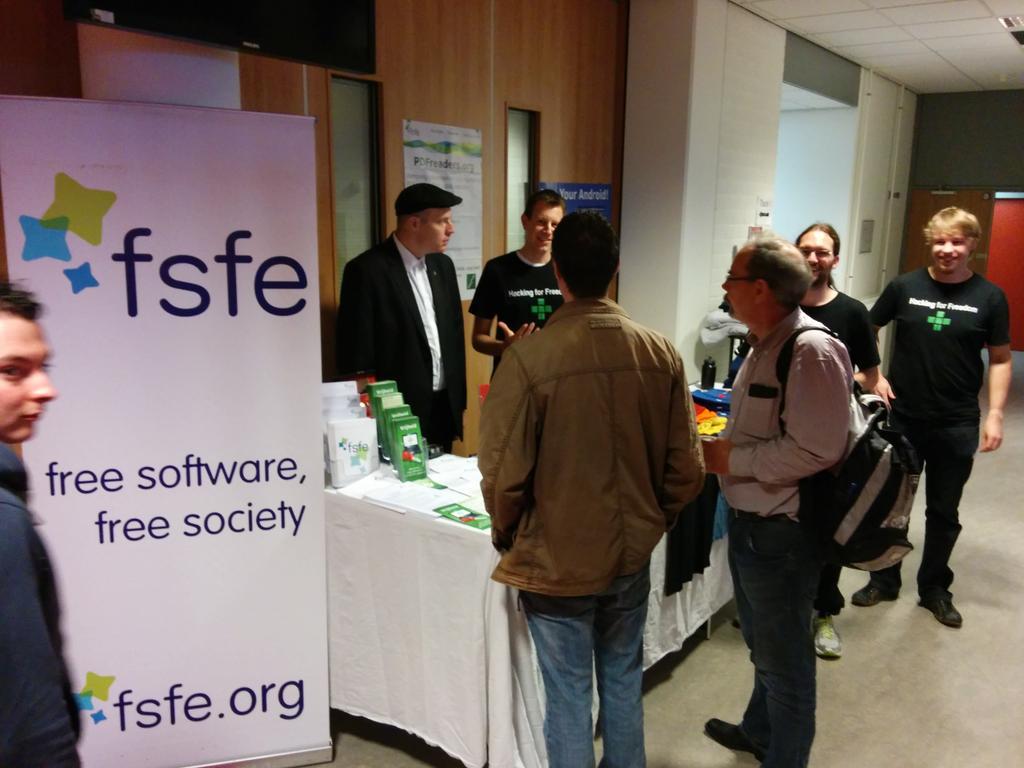 With several fellows living in or around Nijmegen, we now have regular meetings at Linux Nijmegen.

We now have a Dutch Team! Consisting of André, Jeroen, Kevin, Maurice, Nico, Roel, Willem, and myself. Contact us at netherlands@fsfeurope.org.

I became a regular volunteer at Bits of Freedom‘s Privacy Café (where I also try to tell visitors about the importance of Free Software and hand out FSFE leaflets).

We started the year with a CryptoParty at Linux Nijmegen on 14 January.

Maurice and I visited our neighbouring fellowship group in Düsseldorf several times in 2014.

We had a Benelux Fellowshipmeeting at FOSDEM 2014.

I attended EPFSUG‘s “Trust your friends” event at the European Parliament, which featured the official launch of DebianParl.

We asked Dutch candidates in the European elections to sign the Free Software Pact; several did and some of them were elected!

The Importance of Free Software

I wrote about The Importance of Free Software.

I held a lightning talk about the importance of Free Software at a Privacy Café in Utrecht.

We had a Dutch Fellowshipmeeting in Utrecht on 24 May at the Dutch Linux Users Group (NLLGG)‘s bimonthly meeting.

Maurice and I attended FSFE’s Germanophone Team Meeting 2014. I led a workshop on Privacy and Free Software.

Maurice, Kevin and I spoke at T-DOSE. A lot of Dutch fellows were there, and of course we brought the FSFE booth.

André, Maurice, Willem and I visited our neighbours at OpenRheinRuhr. I even sold a few T-shirts at the FSFE booth.

Nicolas Dietrich, Max Mehl and I are candidates in the Fellowship Election 2015.

See you at FOSDEM 2015! I’ll probably spend a fair amount of time behind or near the FSFE booth. There will also be another Benelux Fellowshipmeeting.

We’re ambitious to do even more in 2015 (now that we have a bigger Dutch Team) and we’re still looking for ideas (and we can use your help).

If you have ideas or suggestions for our work in 2015, want to ask a question, or if you just want to say hi, feel free to contact us at netherlands@fsfeurope.org or via the (public) Benelux mailing list (which also features discussions and announcements). 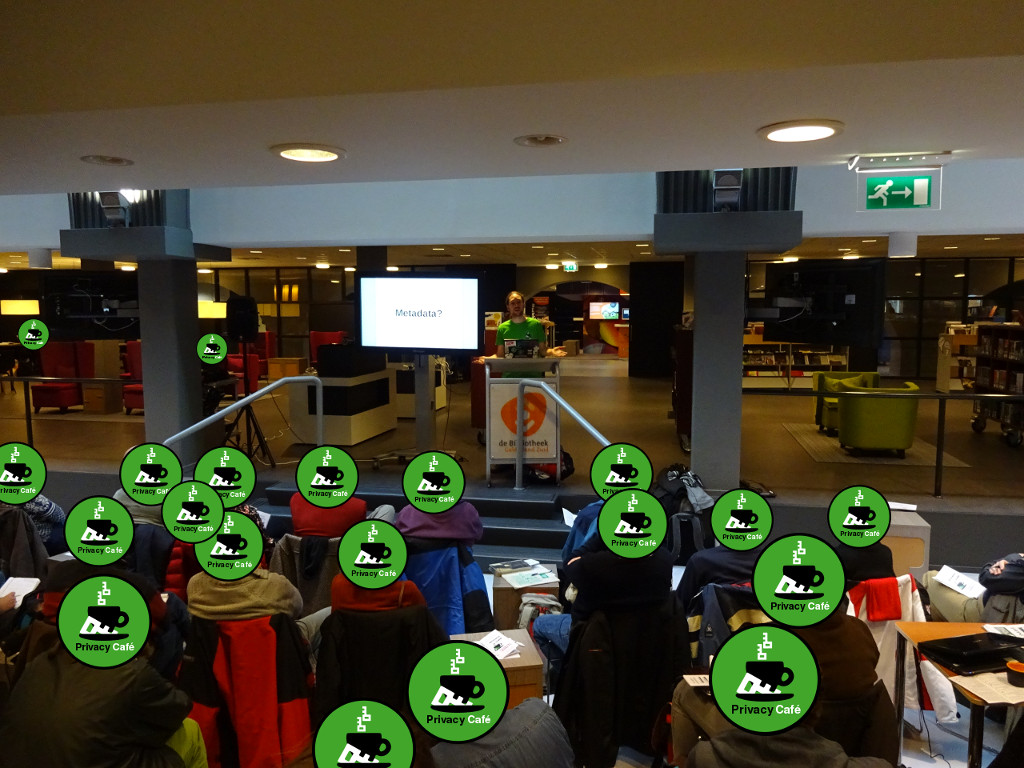 T-DOSE 2014 was held two weeks ago. A lot of Dutch fellows were there, and of course we brought the FSFE booth.

On Saturday, I gave a talk about the “Internet of Things” and Kevin Keijzer about Discrimination of free software (users) in education; Maurice spoke on Sunday about “Digital Sovereignty For Europe” (youtube).

I recently gave a talk at T-DOSE, where I also helped out at the FSFE booth and the Privacy Café.

The slides are on github and you can watch the talk on youtube.

The “Internet of Things” is around the corner. What does this mean for us as software developers? And what are the dangers and opportunities when it comes to Freedom, Privacy and Security?

We live in interesting times. The time that a “computer” was a room full of electronics, or even a beige box on a desk is behind us. Computers are everywhere. And there will soon be even more of them, in even more places.

The IoT provides us with wonderful opportunities to remotely monitor, manage and automate. And we as a software development community are the ones building it.

But security is too often an afterthought (if that). Now that the IoT is around the corner, security is not just something that impacts those beige boxes on our desks — or the smartphones we carry around — but also the medical devices that monitor our health and keep us alive, the automobiles we drive, the electronics that monitor our homes, and the public infrastructure we depend on. It now impacts public safety, human life, privacy, freedom and democracy.

Who is responsible for making sure the systems and devices that make up the IoT are under the control of their users? Whether we like it or not, the responsibility for ensuring freedom, privacy, security, and (digital) civil rights rest on our shoulders. So instead of asking ourselves (as we usually do) “can we do this?”, we should ask ourselves “should we do this?

We need development practices that take security into account. We need to build systems that are secure from the ground up. And we need Free Software to make sure that the answer to “who controls our computers?” — including the IoT — is “the users”.

The IoT is on its way. It’s up to us to build it right. And to have lots of fun along the way.

Mini-meeting of the Dutch Fellowship/Community Group of the Free Software Foundation Europe.

I’ll demonstrate how to use vagrant and ansible to easily create and configure virtual test and development environments.

Maurice and I visited our neighbouring fellowship group in Düsseldorf (@ chaosdorf) yesterday. We attended the fellowship meeting and discussed opportunities for working together — helping each other out at cryptoparties (→ privacy/crypto presentations) for example. I for one hope this is only the beginning…