According to many sources, the Internet of Things (IoT) and Big Data analytics are among the fastest growing IT markets, infact, if the web 2.0 generated Big Data, the advent of ubiquitous computing, Internet of things and connected devices, will generate Huge Data.
One important difference between the Big Data generated by the web 2.0 and the data generated by connected devices is that the first set of data is somehow always captured as a consequence of the subject action. Infact it is the user itself that uploads his pictures on the net, writes his posts, likes or dislikes, buys, comments, etc. With the IoT, is the Thing that generates data, gathered more or less autonomously,according to the software that it is running. This gives the user even less control over the informations s/he wants to share and the ones he would like to keep private.

On the other hand many hardware companies look at the IoT as a very profitable business opportunity, since they are able to profit not only from the thing they sell but also during the product lifecircle from the data that the Thing generates. Infact a robot/smart hoover has access to the biochemical components (crumbs) that sit on the floor, an air purifier can easily analyses air molecule floating in an apartment, a smart fridge can monitor users nutrition habits and health, like so there are many examples. There is a generalized lack of interest and awareness about the value that personal data has, many users are not even aware of the potential intrusion in their private life that using smart devices might involve. Infact if company X set up a a domotic system in a user house and the user can remote control lights, garage door and shutters from his mobile, he might think that it’s just as using an old school infrared remote control. This is profoundly wrong, since contrary to an infrared remote control a smartphone is connected to the net, the message has to be clear: when smart things are connected and run proprietary software there is no way we can have a clue on where the log files and data are going, and since the data are valuable it is highly possible that they are stored and shared by the device manufacturer.

Regulators can do something with privacy and data protection legislation, even if it is not very likely to be effective also because of the strong lobby influence that large IT companies have at US as well as EU level. A soft law/behavioral answer might come from civil society, NGO and grass-root movements, that can promote sensitisation, education and digital awareness. Spreading the message that large amounts of data in the hand of few means less freedom for the majority. Disseminating computer literacy among the youngest, can be very effective. Imagine kids able to scrub twitter looking for trends, or to follow his friends’ digital shadow across the net. A kid that knows some basic data science and programming will be much more free to decide what to do with his/her data and maybe think twice before posting some sensitive information.

TECHNICAL SOLUTION
An important message that finally have to hit the masses is that if there is no access to the source code, there is no freedom to study how a device works, this means no control over the device.

Even if such device was regularly purchased and the user enjoys the full property on it. IoT, and connected devices MUST run Free and Open Software (FOSS). Ideally users build smart devices themselves or modify old devices in order to make them smart. This kind of grass root innovation fosters control over connected devices and the data they produce. Promote computer literacy among citizens. Stimulate local economy on the hardware side, since hardware is manufactured, installed and configured locally. But it also stimulates collaborative online economy on the software side, since FOSS is shared and improved online by an international community, busy to create value and knowledge freely accessible by anyone with an internet connection.

Summing up, my imaginary utopic IoT runs on self or locally assembled devices, is operated by FOSS, and if someone wants to share her/his data s/he will do it consciously choosing what s/he want to share and with whom.

It is quite common to hear or read in western media, politicians, academics and intelligentsia dividing the “Internet world” between the free and uncensored “north”, and the censored and balkanized Internet “south” of the world.

In countries like China, Iran, Russia and others, the Internet is influenced or censored for political reasons by the state; more or less directly or brutally, with various degrees of legal legitimacy.

In Europe and in the US the Internet is much more heavily influenced by the market.    But does this make itmore free?

A couple of days ago when The Pirate Bay was taken down, we experienced  the umpteenth attempt to suppress and intimidate the sharing culture, community and economy. This is just another of those actions that the copyright lobby undertake from time to time… Very much like the MegaUpload raid in 2012 and many others between and before. I think it’s important to remember that behind this organizations there are always people who might eventually end up in prison or who’s life get completely ruined, and in certain situation consequences can be even worst.

These actions performed by the public force on behalf of the copyright industry are inspired to techniques such as “Unum castigabis, centum emendabis“, also known as Strike One To Educate One Hundred.   The first and most wanted effect of such a behavior is to discourage people from actively or passively infringe copyright. This kind of mechanisms undubetly have the ultimate aim to prevent copyright infringment promoting self censorship among the public. 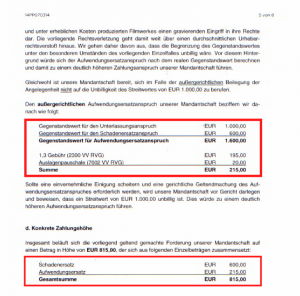 In some countries media companies pushed it even further, in fact in Germany at the moment is widely in use the practice of law firms sending speculative letters, on behalf of some large entertainment companies such as Sony, Universal or WB, asking torrent users for money and threatening them with fines.          This as much as I know is the most effective self-censorship practice (since it is currently working on me). Law firms might eventually give up but it takes a few letters and quite a bit of stress. If you are looking for more information in english check this out).

Even if copyright driven censorship is most of the time backed up by law, unjust laws exist, and laws have to evolve with society. I do not whant to live in a world where my personal data can be traded, shared and exploited by unknown actors without my consent, while copyright infringment can even be a criminal offense, where bills enforcing IPRs are passed in record time[1], while privacy legisletion takes decades to be drafted[2].

I believe that we can not define the Internet Free as long as some pressure groups can lobby governments pushing  them to take down websites or entire infrastructures, without worrying at all about about users.

The past weekend the Meshcon took place in Berlin. As a conference that puts together fashion designer and technology experts, it makes for a nice and explosive cocktail. It is interesting to see how many interactions there are between these two fields. In fact, computers are entering the fashion field from multiple directions, such as: 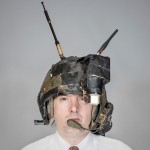 With wearables devices, we have sensors, motors, buzzers, LEDs and all kind of 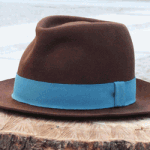 electronic stuff just embedded into your clothes. Possibly they communicate with your mobile so that you can interact with them. I liked the idea of design-research-lab to make some hats that can give you directions, by buzzing. (the brown hat)

It is needless to point out how important it is to have freedom-compliant wearable devices. On the one hand in order to control the data they produce and share; sensible, private or biometric – we always want to have them under control as much as possible.  On the other hand to provide the possibility to fix and improve your clothes.

It was interesting to see how the designing and prototyping process of clothes can be done easier and more efficiently using 3D graphics tools and even 3D printing. Unfortunately it was pointed out how most of the solution in this field are developed and distributed as proprietary software. Perhaps someone could fork Blender and make it more fashion friendly?

There has been a lot of talking about knitting and technology. Something that I find very fascinating is the ability to modify old production machines in order to be controlled by a modern PC. This is has been done by AYAB project, all documentation is available as Open Source Hardware and Free Software. Similarly Embroidermodder project allows you to draw on your computer and to embroider your creation on tissues. One day it would be nice to draw some patterns on my laptop and make a sewing machine execute them, so that anyone can be a tailor. Keep up the good job!

I am not very familiar with online clothes shopping, but from what I understood the challenge is to make people buy clothes without wearing them first. So here solutions are presented as some kind of virtual dressing room where you can set your belly size and render an image showing how the stuff you are buying fits you.

One of the most innovative ideas I heard was Pedro Lopes presentation of his Muscle-Propelled Force Feedback project, the aim is to make a symmetric computer gesture communication. It results in a computer outputting information by moving your body through electro-stimulation, and you inputting information with an accelerometers mounted on your hand. 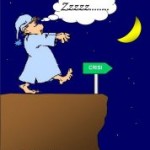 Attribution for the images:

It is a few years the terms such as ‘Open Source Hardware’, ‘Free hardware’ or simply ‘Open Hardware’ are used. This terms usually identify hardware that have a documentation (or source files) which everybody can use, study, share and improve (and more) freely. For the sake of brevity, such hardware will here be referred to as Open Source Hardware (OSH).

A few brands that have embraced the OSH strategy are now leaders in their market niche: transparency and source-file-availability is one of their distinctive characteristic. This approach helps these companies in being trusted by users, in fostering the creation of lively and industrious communities, as well as in establishing and spreading their well known trademarks (e.g. Arduino, Sparkfun, and Adafruit industries or RepRap project).

OSH is not just about companies. In fact there are plenty of individuals that are releasing a lot of documentation or source files daily on websites such as Instructables or Thingiverse. One of the dangers that have to be avoided at all cost is that community originated innovation gets monopolized or in some way appropriate by corporations means patents application or copyright licensing.

How to manage Intellectual Property Rights (IPR), or as some would call this set of legal instruments Government-Originated Legally Enforced Monopolies (GOLEMS), when releasing hardware documentation?

The goal would be to create a some-rights-reserved legal framework using already available instruments such as copyright, trademark and patents. This should allow makers and developers to freely manage rights and freedoms of their creation.

There are already a few 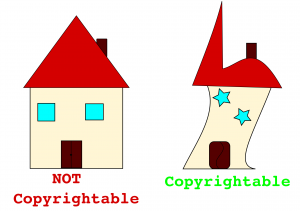 hardware specific licenses out there:

Here there is a website, (the first I ever made) collecting some info about OSH, Copyright, Trademark and Patents.