On 6 October, 32 European Ministers in charge of eGovernment policy signed Tallinn Declaration on eGovernment that calls for more collaboration, interoperable solutions and sharing of good practices throughout public administrations and across borders. Amongst many other things, the EU ministers recognised the need to make more use of Free Software solutions and Open Standards when (re)building governmental digital systems.

Tallinn Declaration, lead by the Estonian presidency in the EU, has been adopted on 6 October 2017. It is a ministerial declaration that marks a new political commitment at EU and EFTA (European Free Trade Area) level on priorities to ensure user-centric digital public services for both citizens and businesses cross-border. While having no legislative power, ministerial declaration marks a political commitment to ensure the digital transformation of public administrations through a set of commonly agreed principles and actions.

The FSFE has previously submitted its input for the aforementioned declaration during the public consultation round, asking for greater inclusion of Free Software in delivering truly inclusive, trustworthy and interoperable digital services to all citizens and businesses across the EU.

The adopted Tallinn Declaration proves to be a forward-looking document that acknowledges the importance of Free Software in order to ensure the principle of ‘interoperability by default’, and expresses the will of all signed EU countries to:

make more use of open source solutions and/or open standards when (re)building ICT systems and solutions (among else, to avoid vendor lock-ins)[…]

Additionally, the signatories call upon the European Commission to:

consider strengthening the requirements for use of open source solutions and standards when (re)building of ICT systems and solutions takes place with EU funding, including by an appropriate open licence policy – by 2020

The last point is especially noteworthy, as it explicitly calls for the European Commission to make use of Free Software and Open Standards in building their ICT infrastructure with EU funds, making the point in line with our “Public Money, Public Code” campaign that is targeted at the demand for all publicly financed software developed for the public sector to be publicly made available under Free Software licence. 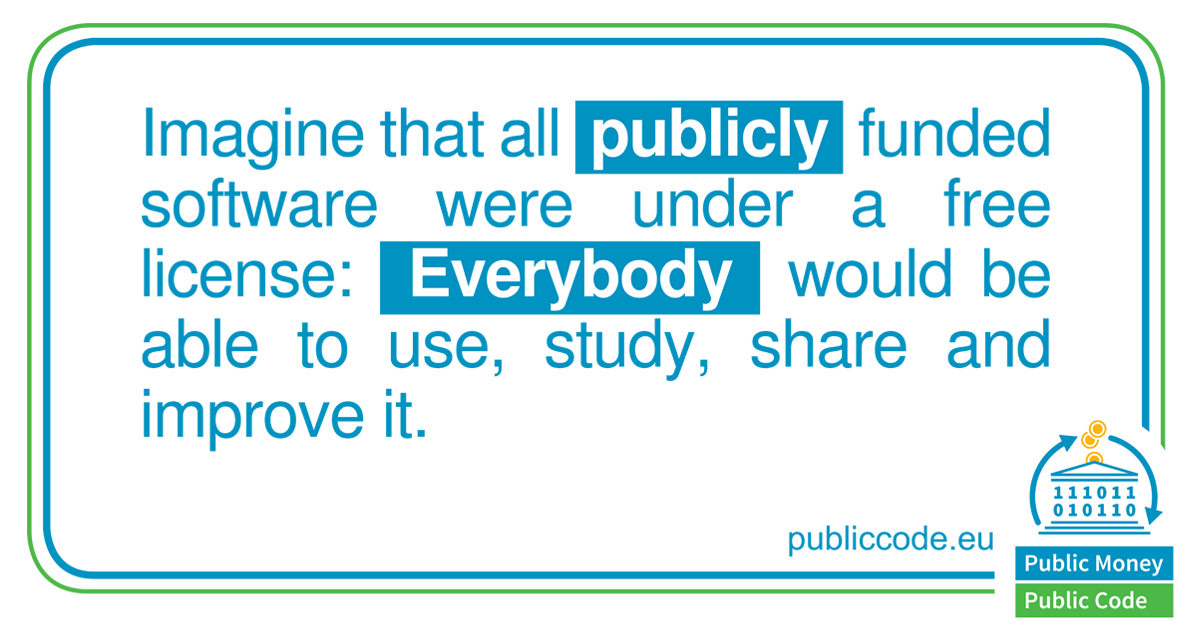 While reinstating the fact that ministerial declaration has no legislative power inflicted on the signed countries, it nevertheless expresses the political will of the EU and EFTA countries to digitise their governments in the most user-friendly and efficient way. The fact that it explicitly recognises the role of Free Software and Open Standards for a trustworthy, transparent and open eGovernment on a high level, along with a demand for strengthened reuse of ICT solutions based on Free Software in the EU public sector, is a valuable step forward establishing a real “Public Money, Public Code” reality across Europe.

Hence, it is always worthy to have a ‘good’ declaration, than no declaration at all. Now it all depends on a proper implementation.