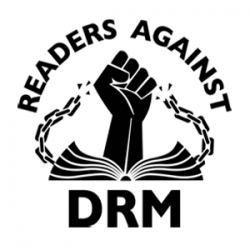 To everyone’s surprise, the French national assembly just voted an amendment (FR) defended by the Greens, dealing with the issue of DRM in ebooks. If the law is also voted by the Senat (and once the two assemblies agreed on a common version) French legislation will acknowledge that a book with DRM or in a closed format is no book but a digital service. It will therefore not benefit from a reduced VAT anymore (19.6% instead of 5.5%).

During the debate (FR), French MEPs specified that a book is something that can be borrowed, read as many times as its owners wishes, taken anywhere.. Restricted “books” don’t qualify, obviously.

Hoping that it will become law and that France will inspire other European countries (for once..)! In any case, exposing DRM is already weakening them. We are working on it everyday lately: check theydontwantyou.to!

EDIT: Most people expected the amendment to be removed from the draft law sooner or later. It was done just one day after the first vote. French government made the national assembly vote an other amendment to remove the previous one, and socialist MPs voted it.

The government argues that making a difference between DRM’d eBooks and free ones would weaken France in it’s negociation with the European Commission about cultural exception (the idea that art and culture are not a commercial good like any other, and that they should therefore not be part of any free trade agreement).

The draft law (Finance Act) is far from being in its final version. The original DRM amendment could be re-introduced by the second assembly, the Senat. Resistance is growing. On their website and social media, both April and Framasoft are calling people to contact their representatives in the Senat and convince them to table and vote the amendment.  Will do.