To use all the neat features from the microG project, which allows you to use all features of your Android smartphone without those shitty, proprietary battery-consuming Google blobs, your system is required to support signature spoofing. Currently only very few custom ROMs have built-in support for this feature, luckily you can use Xposed or a patching tool to add the feature to the systems that don’t have it.

But: What is all this about? Is signature spoofing a problem when not using microG? Will it influence my security?

On Android, all applications are signed (usually using SHA1 with RSA). The certificate/key-combinations used to sign apps are self-signed. This means there is no PKI / certificate authority to verify a key to be owned by a person/company/entity. Thus everyone can come up with a key that has a equally valid Google certificate as keys used by Google to publish their apps.

However, on Android signatures are not designed to serve the purpose of verifying ownership/source of a package. Signatures are used to verify integrity and to ensure same package author when updating apps. The second one is important, to verify that only one the author has access to the private storage of an app. A different author is not able to sign an app using the same key, because he does not have access to it, and thus can not provide an update to an application that will be granted access to the app private storage. For example, the Signal app provided by OpenWhisperSystems is signed by a key not available to third-parties and thus Signal can store chat history in the private app storage and don’t need to fear that a rogue update can access this data. This means that signatures are important to ensure the secrecy of the private app storage and thus is an essential part of the Android package managements security system.

Signature spoofing allows applications to behave like being signed by a third party. This means that whenever one application asks the operating system for the certificate used to sign an installed package and that package uses signature spoofing, instead of the certificate attached to the app, a spoofed certificate is returned. This certificate has to be announced in the AndroidManifest.xml and the app is required to request the android.permission.FAKE_SIGNATURE permission. This means that it is not only easy to detect that an application uses signature spoofing, the user also has to give its consent – before Android 6, this was done during installation time, since then the consent is even more explicit in a dedicated pop-up, and the user can decide not to grant the permission.

Of course only very few developers ever ask for the certificate used to sign an application. There are numerous reasons for that:

So why does microG require signature spoofing?

Now that we know, that only very few use direct access to certificate, you might wonder why microG needs it for certain features. Well the fact is that although most developers don’t even now about it, their apps actually do direct certificate access. This is due to how Google Play Services works: 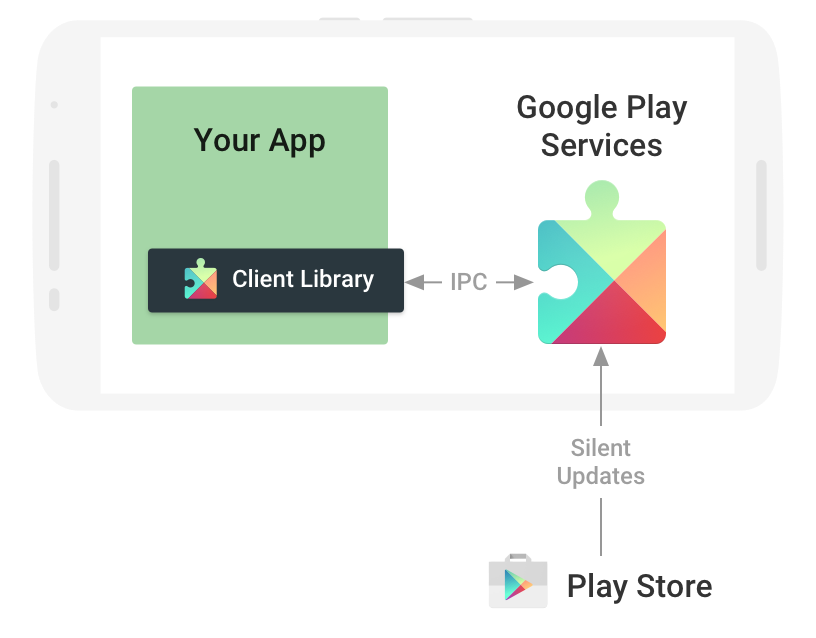 There is one other popular use case I’d like to stress: DRM. Some developers use direct certificate access to verify that the application itself is signed by them. The reason for this is simple: If you modify an application you need to sign it (the previous signature is broken, if your system is not vulnerable to the “Android Master Key” vulnerability). As you don’t have the private key of the original developer you will not be able to create a valid signature that has the same certificate. This means you can’t modify the application without the original developer knowing about it. (Well, you could modify the checking code itself, …). With signature spoofing you can easily bypass these restrictions – as long as the app does not contain code to detect signature spoofing.

If you want to have a short answer to the question “Does it influence my security?”, here it is: Yes. Details?

You might have heard that the CyanogenMod core development team did not accept the request to add signature spoofing to CyanogenMod (CM). This was the case for all three versions of the feature patch:

I have no idea why exactly CM team does not like to include the spoofing feature, but it seems it is not possible to argue with them. Although they mention security as the reason, they fail to prove that there is a relevant security risk exposed by the patch. Funnily enough, they publicly tried to get a statement from Google’s Android Security Engineer Nick Kralevich for the first version of the patch, but he never responded (at least not publicly).

As long as this functionality relies on the the spoofing aspect, no – official CM repos will not carry this patch. […] If this means we see us forked or users migrate to Xposed, so be it.
~ Abhisek Devkota, CyanogenMod “Community Manager”

This really sounds like a request to fork CM, doesn’t it? With CM being the most popular custom ROM with widest device support, it is crucial that people using this system can run without Google software. And when we are about, we could also remove the proprietary Google bits included in CM. Good idea? Let me know!