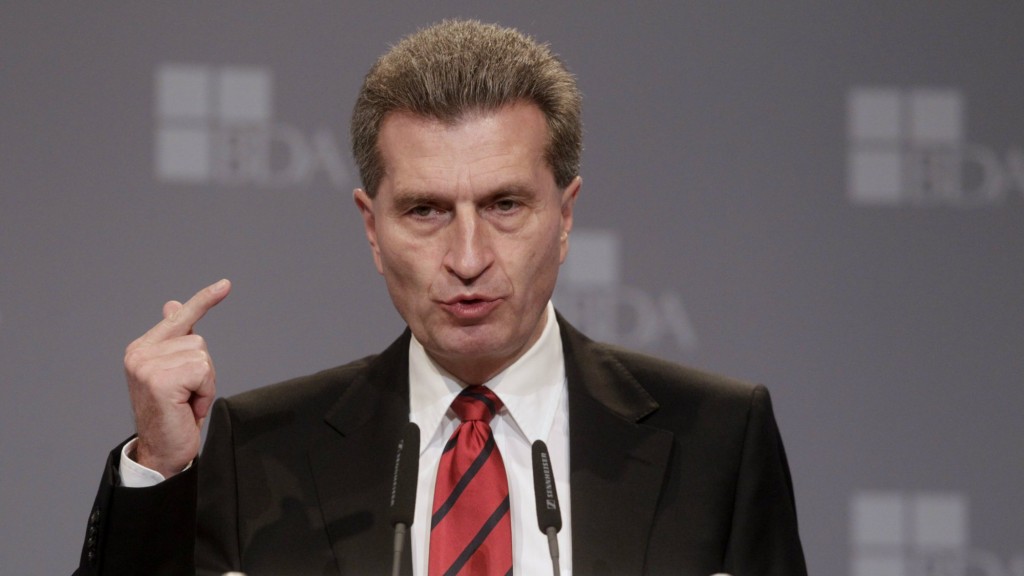 We’ve been looking at how EU Commissioner Günther Oettinger is handling transparency on his meetings with lobbyists. Turns out, not very well. In response to our informal questions, the Commission updated the lists of meetings over the weekend.

There are two lists of meetings with interest representatives. The one for Oettinger’s cabinet (i.e. his team) looks reasonably complete. The list for the Commissioner himself, however, is a different story. Apparently, we are to believe that he has met just six lobbyists in the past four months. That would be an astounding lack of activity for the person in charge of some of the EU’s most contested policy issues: data protection, copyright reform and net neutrality.

[UPDATE: Oettinger’s team has continued to add meetings to the list. Both the lists for Oettinger himself and for his team look pretty reasonable now, at least up to the beginning of June. The most recent published meeting was on June 3, almost three weeks ago. There is a significant and unexplained gap in Oettinger’s list during April, with just one meeting listed for the period between April 1 and April 20. Oettinger’s Head of Cabinet, Michael Hager, has written to me and explained that a long-term sickness leave in the cabinet has led to a delay in publishing the meetings.]

Since the Commission apparently doesn’t fully respond to informal prodding, the excellent Kirsten Fiedler over at EDRi has filed an official request for access to documents. If you, like me, are curious about what’s keeping the EU’s digital czar busy, you can follow the request at AskTheEU.org.

In addition to the full list of meetings, it would be interesting to know what guidelines Oettinger and his team use when it comes to transparency on less formal meetings with lobbyists. Presumably, the Commissioner meets people not just at his office, but also at the events where he frequently appears as a speaker. This is a substantial hole in the Commission’s own transparency policy, and I’d love to know how  Oettinger and his team are planning to fill it.