During the  openSUSE Conference 2014, we were organising the LPI Exam Lab given that GREEKLUG is the LPI Master Affiliate in Greece. There we came in contact with a great and very interesting guy who is a founding member and leader of the Tirana Free Software Group, “OpenLabs“, Redon Skikuli.

We started to speak with him in English. At some point, he suddenly interrupted the discussion, saying in perfect Greek:

we can speak in Greek if you want

Redon, an Albanian, was raised in Greece, but he is now back to his country, Albania, where he pioneers the development of Free Software structures. He kindly asked us how OpenLabs could become an LPI Affiliate and how we could cultivate a mutual cooperation between GreekLUG and OpenLabs.

So, after we chatted with Redon, we promised that we would visit Albania the following September. When we recounted this story to our other fellows back in GreekLUG HQ’s, they could hardly believe us. How could it be possible that such a poor country like Albania could host a Free Software community which also wanted to be an LPI Affiliate for Albania?

Indeed. It was only after visiting Tirana that we understood how that was possible!

Although Albanian provinces are unquestionably very poor, during the last decade, a lot of effort was invested in order to make the capital Tirana a decent city worthwhile to live at. Sure, it has many​ contradictions (tricycles nexti to shiny Porsche Cayennes, aspects of obvious poverty next side to rich people, and so on), but on the other side, it seems like people can have all they needs for a normal life in this town. 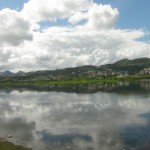 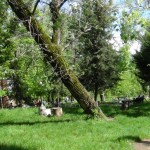 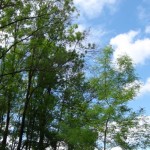 Decent appartments, medical support, ​​nice public squares, a beautiful and enjoyable city park, where everyone can go jogging, and relax. This nice park has its own artificial lake and of course, Tirana is also a town where numerous groups of young people​ are promoting activism-projects, such as Free Software, Bicycle Rights, Cultural Heritage, Equal Rights etc. 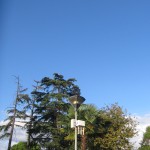 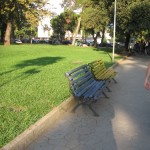 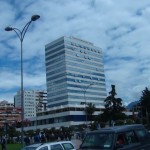 We were impressed by the high quality level of our discussion with our new-found fellows in this neighbour country and we were also impressed by their activity, which already included a PC Lab and many workgroups and meetings. The most encouraging fact, though, was that they had many young members, between 14-18 years old, as well as significant participation of young girls in all their projects. Wikipedia, Mozilla, 3D printing, Arduino, and all sorts. 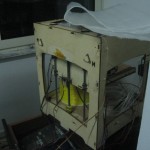 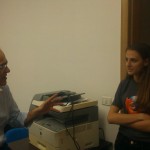 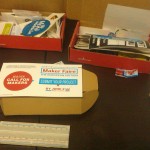 But we must not forget ​​that, almost simultaneously​ ​, a Kosovo-based company with its Tirana-branch, also came in contact with us. Cacttus, an educational organisation, which fosters Free Software programmes, wanted to be an LPI Affiliate too. But from my personal​ contact with James Mike Dupont, I had in mind the very active community in Kosovo, FLOSSK, and considering that Cacttus was a Kosovo company, we decided that  this specific LPI-territory should be granted  to them.

This was the 2nd suprise in Tirana during our first trip. We were impressed by Cacttus’ professionalism and their excellent premises in Tirana. We were obviously very happy that we found a feasible solution to accomodate the ​simultaneous affiliation of 2 LPI-partners, and even happier that with one single trip we managed to extend our LPI-related territory so much!

Our second trip to Albania ​

​was equally a new adventure, as we discovered again new and exciting things. The purpose was to offer OpenLabs the necessary expertise and know-how, in order to empower them to carry out an Exam Lab during their first Open Source Conference Albania (OSCAL). 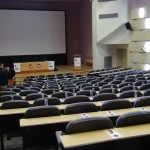 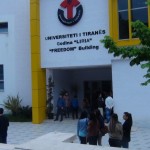 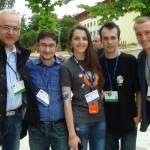 Needless to say, ​​we also had the opportunity to conduct a lot of off-the-record but nonetheless substantial talks, during this conference…​ 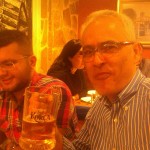 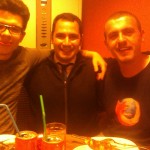 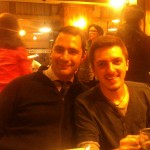