You may have noticed the heated discussions on Ubuntu and Canonical lately. The decision to move to Unity as the main desktop shell for Ubuntu 11.04 and Canonical insisting on developers assigning their copyright to them hasn’t made them many new friends. Whether you agree with Canonical or not some people seem to speak very harshly of their latest actions and deviate from a well-mannered debate. There seems to be an increase of rudeness in the open source / free software debate. To counter these tendencies Ubuntu’s community manager Jono Bacon launched openrespect.org.

On 26th October I read this dent from @jonobacon:

amuses me how some corners of the Open Source community assume mal-intent before good intent…we are all on the same side people!

That sentiment seemed to be a precursor for Jono’s blogpost “Making our world more respectful” in which he describes his tiredness of all the bickering in Open Source and his want for a more polite debate.

To be clear: I don’t agree with everything Canonical and the people from Ubuntu do. I don’t believe in copyright assignments and think it’s best to not diversify the GNU/Linux default desktops too much so we can share the effort and focus our attention. On the flip side I believe they’re doing much good for GNU/Linux and Free Software in general. They might not place the emphasize on Free Software I’d prefer, but I think they’re doing a wonderful job, and until their actions proof otherwise I will keep believing that! I’ve used Ubuntu for years and I’m using Trisquel GNU/Linux (which is based on Ubuntu) right now so I actually own them a debt of gratitude.

I hope the thoughts behind OpenRespect may have its effect and many people realize the importance of being respectful towards others you strongly disagree with.

post scriptum: In an earlier version of this post i said “To counter these tendencies Ubuntu’s community manager Jono Bacon with help from Fedora’s project leader Jared K. Smith and Debians project leader Stefano Zacchiroli launched”. This is however not right, Jareds and Stefano’s involvement is not what I reported. You can read Stefano’s comment for more information! 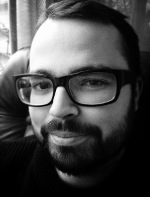 I'm a programmer from the Netherlands, speciaized in web and mobile app development.